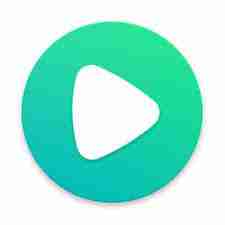 The startup company is recognized as digital media video allows users of the Indian community to create, watch and download funny Indian Videos easily. To create a short video a free video editing tool is used by applying popular themes, filters, and stickers.

Nav Agarwal is IIT-Mumbai alumnus and the former co-founder of Sendd, an e-commerce logistics now acquired by Craftsvilla. Ashish and Nav Agrawal are the graduates from IIT-Kanpur. Ashish is an ex-employee from now-shuttered-down online homestay aggregator Stayzilla, whereas Ashish worked as a software developer at Limitless Technology Ventures in Bengaluru.

The vernacular- based video platform allows one to watch or upload a one-minute video. The app has an integrated chat platform for social engagement. The application has a free video editing tool to apply filters, themes, and stickers to improvise videos.

The clip started as of a Hindi based short video clips application but now focuses on other vernacular languages including Tamil, Telugu, Malayalam, Punjabi, Gujarati, Bengali, Marathi and Kannada besides English.

The online platform specifically caters to tier-II and tier-III users who would not associate with English video contents on Facebook, Snapchat, and Instagram, and mainly focuses on the Hindi speaking users. These category users would not be comfortable sharing video content on these social media platforms, so the team decided to launch an alternative option for them.

Chinese investment firm Shunwei Capital and India Quotient raised $1 Million in July 2017 and $6 Million by Matrix Partners. The funds raised are used for enhancing the product’s features for the video application that claims to have seen organic growth of above 100,000 users in just three months from tier-II and tier-III markets.

The startup company plans to use the funds to fuel growth which is built on its engineering and product. The team targets the 90% of Indians who are untapped and low-cost internet connections. Clip App has acquired Clorik on Aug 7, 2018. The company’s revenue is around $1 Million annually.

Clip app employs machine-learning algorithms to connect millions of users with others sharing similar content on the platform. The video sharing platform has over 3 million installs on Play Store, with around 2 million monthly active users and approximately 500k daily active users. Clip app plays at the cusp of these popular trends allowing most of the native speakers to create, share and consume bite-sized video content in India.