Amit Jain is CEO and CoFounder of GirnarSoft an IT outsourcing firm which launched CarDekho in 2008 with his brother Anurag Jain. CarDekho is a website and mobile application which facilitates its users to buy right vehicles for them. It does this through a user-friendly website and mobile app that carry rich automotive content such as expert reviews, details of all specs and prices, comparisons as well as videos and pictures of all brands and models available in India.

Amit is an IIT Delhi graduate of 1999 and worked in Austin based company named Trilogy for 8 years before he started GirnarSoft in 2007 with his brother Anurag who is also an IITian. Lured by the prospect of making a quick money the Jain brothers had gone bankrupt, more or less, having lost Rs 1 crore of their hard-earned money on the stock market.

Amit Jain says “We celebrated even our failures,” “We had a drink that night, like on any day when we had a success or launch, and put it all behind us.” talking about the incident.

Cardekho was founded by Jain Brothers on 1st January 2008. Prior to Cardekho Amit and Anurag Jain started as an IT outsourcing company in late-2006 and generated enough revenue to seed-fund Cardekho.com This revenue helped them not to raise VC capital early and bootstrap CarDekho for five years. Bootstrapping for first five years gave the company a chance to dilute less and negotiate better with investors on our own terms.

The idea was originated with a visit in 2008 to the Auto Expo in Delhi, from where the brothers picked up brochures from various automobile stalls and then put it all into a database back in Jaipur. Within two weeks, they were ready to take CarDekho live.

Amit and Anurag never looked back after this and their venture CarDekho raised $15 million from Sequoia Capital in 2013. Cardekho raised a total of $67,500,000 in funding over 5 rounds. The latest funding came from a Series B round on Mar 21, 2018.

Amit Jain said once “I had tried different businesses and failed miserably till our IT outsourcing unit took good shape. Failures had taught me the importance of not losing focus on unit economics and being frugal,”.

Other than CarDekho the Amit also own other successful platforms like ZigWheels, Gaadi, BikeDekho, and CarWale under Girnar Software Pvt. Ltd. The Company reported a 32% year-on-year (YoY) rise in its revenue, while losses fell around 5% in the year ended March 2017, the company’s filings with the Registrar of Companies (RoC) show.

The Company’s total revenue stood at Rs 127.7 crore in FY17, compared with Rs 96.4 crore a year earlier. Losses narrowed to Rs 135.6 crore during the year, from Rs 143.7 crore in FY16. Their primary portal CarDekho claims 40 million visits a month, of which around 18 million could be those visiting twice.

The brothers have the passion for luxury cars, and spent their first earnings in 2008 on a 3 Series BMW and also owns a  Mercedes convertible. 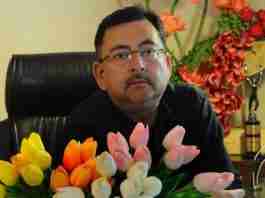