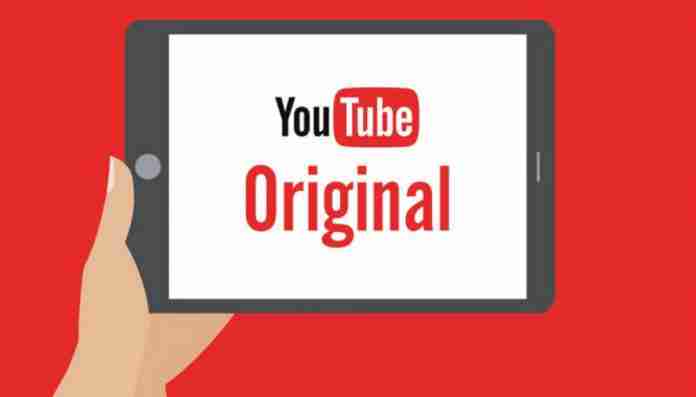 Netflix, Amazon Prime, Hotstar – What is the common thing between all these subscription services? All of them are struggling to get new users to pay for their subscriptions. In this competitive world where every other competitor is battling it out, YouTube sits there chilling out planning its next step as it is confident that its viewers will never leave it because of its FREE presence. YouTube, right from the beginning never charged any viewer any amount of money for watching videos. It got its revenue by running ads placed at different places on the website and within the videos. It came up with creative ad placements and earned its income. However, YouTube just does not sit idle letting the seniority card play. It knows how to get updated and be in the trending section of the market all the time. YouTube has now come up with YouTube Originals. YouTube originals are the next generation of its growth in India as a video streaming platform. YouTube originals are coming to India starting with the first project with the music maestro A. R. Rehman titled as, ‘ARRived.’ What else can be a more suitable title for the first project to go live through YouTube Originals, eh?

The company will start its YouTube Originals through its ad-supported platform but will soon go on to an ad-free subscription service called the YouTube premium. YouTube India entertainment head, Satya Raghavan said that YouTube is now looking for multiple formats of original content in the country as it attracts more than 245 million viewers. On an international level, YouTube is planning to release 50 originals in 2019 while it has already released over 60 projects till now.

What Does The Company Have To Say?

The Indian head of entertainment also said that it was high time that they brought YouTube Originals to India. This will help them get more advertisers and let the advertisers connect to users through this new platform. He also shared a statistic saying that 60% of their watch time comes from outside of the six biggest metro cities in the country.

He also said that there is no fixed timeline for this YouTube premium and that it is all a part of the roadmap for India. YouTube expects its viewer base to increase by 100% every year.

Raghavan explained that YouTube will only fund and commission these shows and content while the IP still remains in the hands of the creators. He believes that this way, they will be able to boost their online video ad spends on their platform. Raghavan said, “With our growing reach and highly engaged audience, brands have an incredible opportunity to engage with the audience. Our goal is to further boost the ecosystem and supercharge the growth.”

The company has already run two sponsored shows as pilots and has carefully studied the insights it received to test the market. It claims that it has received a phenomenal response.

What about the existing competition?

India is estimated to emerge in the top 10 lists in the global OTT market by 2022 with revenue of with over $803Mn (INR 5,500 Cr), according to the latest report by PwC, an audit and consultancy firm. There are almost 30 OTT companies that are running the OTT service in India.

The pioneer in the industry of video streaming service right now is Netflix with 5 million users is also striving to increase its user base by producing more localised content for the country people.

Reed Hastings, the CEO of Netflix said that he sees a potential of 100 million users in India. However, he admits to the fact the Netflix lags behind in terms of its viewership in India when compared to the Google-owned company YouTube as it is a free service and also Hotstar which only charges for premium content. Amazon prime video is also increasingly becoming an active competitor in this industry. Amazon Prime allows access to latest movies and once subscribed the user can watch international level premium content as well as the original series curated by Amazon.

According to HIS Markit, a global information company reported that within its short run of 1 year, Amazon Prime has managed to acquire and rule over 10% of the Indian market.

This industry is becoming more and more competitive with increasing growth of potential and has many players in the field already like Voot, Hooq, Hotstar, Ogle, Big Flix, Eros Now, Ditto TV, Muvi, and Spuul, AltBalaji etc.

ALSO READ  Vital website components that many businesses are losing out on!

What do the numbers say?

YouTube is the major company that has set foot in the video streaming subscription service in the country. It has managed to get its name down and beyond the Tier – 1 and Tier – 2 cities of India. YouTube literally is betting on paid subscription service in the Indian market. However, it would be exciting to watch how YouTube will manage to convince the price-conscious Indians to buy their service.

While other players like Netflix, Amazon Prime and Hotstar have struggled in the early days and then evolved, it remains a mystery on how a named and well-known name to the Indians, ‘YouTube’ as a paid video subscription service will play out on the field.

First time buyers must adhere to these tips!

[Warning] Never Ever Buy Facebook Likes for Your Business Page