Ola Cabs is the trade name for ANI technologies private Limited. It is an online transportation network company founded on 3 December 2010 by Bhavish Aggarwal and Ankit Bhati. This Bangalore based company is known to be India’s biggest startup.Ola provides all kind services ranging from economic to luxury. Ola claims 1,50,000 bookings per day and owns 60% of market share in India. There are more than 6000 employees working for ola cabs and 6,50,000 cab driver are associated with Ola.

Bhavish Aggarwal: Bhavish Aggarwal is an IIT-Bombay alumni and has worked with Microsoft Research two years. At Microsoft, Bhavish published 3 paper and filed 2 patents in international journals. He is also working as the CEO of the company. Fun fact about Bhavish is that he doesn’t own a car and vows that he never will. 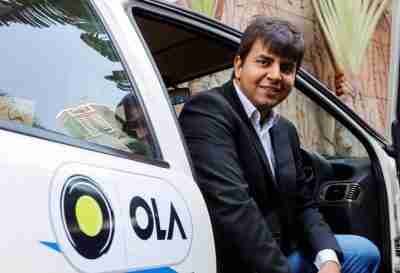 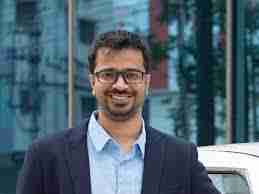 The founder and CEO of Ola once took a car rental from Bangalore to Bandipur. The driver stopped his car in the middle and demanded extra money from Bhavish from what they settled earlier. After refusing the driver abandoned him at the middle of the road on the way. This is when Bhavish realise the need of quality cab service in India and Joined hand with his batchmate Ankit Bhati to start cab ola.

If you think Ola is taxi business then you are wrong. It is just a taxi aggregator which means Ola act as an entity between end user and cab drivers. They partner with private taxi owners, provide them technical equipments and process for booking through Ola app. This is very beneficial for both customer and driver as customer can book a cab for few Kilometers without paying half day or full day cab fare and drivers gets more customers.

Ola charges 20% commision for each ride from its driver partner. So for example if the average price per ride is 150 Rs, 20% of which is 30rs. Ola claims to have 1,50,000 booking per day. Hence Ola is making at least half a million rupees per day.

Ola has been backed by one of the biggest investors in the market. Ola is initiated in 2011 with seed funding of 0.33 million dollars after one year in first series Tiger Global invested rupees 5 million dollar in Ola. In second series in 2013 Ola abled to raise fundings of 20 million dollars  from Matrix partners and Tiger global.In third, fourth and fifth series ola raised around  650 million dollars from Steadview capital, Softbank, and DTS global along with existing investor. As of last year the company’s  evaluation was 5 billion dollars.

Uber started its operation in 2013 which is 3 year after Ola has been launched. So Ola already have head start of  3 years. But with the Uber’s global experience Uber have made their way into Indian market, result of which Uber has slowly captured 35-40% of market share in India while Ola is claiming 60% of market share.

Uber and Ola has unleashed a price war which has resulted in a increase in consumer and upped the stakes of Investors. In attempt to counter Uber’s prices Ola raise around 500 million dollars and launched a new category called Ola micro for low fare rides. Priced at 6 Rs per km Micro is cheaper than Ola go.

According to industry experts Ola’s focus has wavered from last year since the company has launched new food and grocery delivery(Ola Store) and dabbled in shuttle service where Uber is singularly focusing on the core business to catch up Ola.

After its inception in 2010 Ola has claims to have 6 lakhs vehicle on ola platforms across the country. Ola serves in 110 cities in India by Ola fleet. Ola has 6000 plus employees and more than 6 lakhs driver partners building mobility for a billion Indians across the country