Byju is an e-learning platform founded in 2015 by Think and Learn Pvt Ltd. keeping the focus on primary and secondary school education in India. It was founded by Byju Raveendran who himself was a teacher for various competitive exams. Byju app has more 3 lakh annual paid subscriber. Scope of E-learning In India:

India a country with more 1.25 billion people is the second most populated country in the world with more than 50% of its population is under 30 year of age. Which means India has approximately 50 million students going to school or preparing for competitive exams. 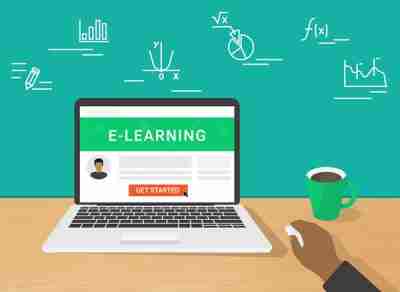 But in India, we have huge infrastructure crisis to accommodate this large population and provide them the quality education. That’s why e-learning platforms like Byju are so popular in India. Using these platforms you can get the high-quality education without worrying about the high tuition fees of private schools.

Byju’s objective to make learning easy for the student and every student should love learning and get addicted to learning. Byju app trying to make it possible by use of a mix of video lessons and interactive tools to personalize learning for every student.

Byju Raveendran is himself a son of a teacher. Byju has worked as a globe-trotting service engineer for a shipping firm for a couple of years. He used to help some friends pass the Common Aptitude Test entrance examination on weekends and holidays. 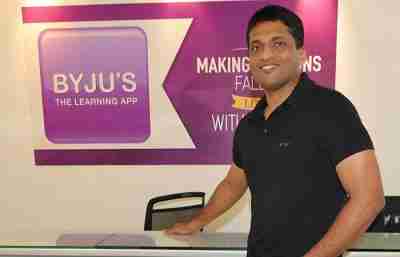 Founded in 2011 Byju’s started with a special focus on K-12 segment and to build a strong team of experts to create world class learning content.

In 2014 Byju launched its first tablet learning program for competitive exams and for grade 8 to grade 12 to make quality teacher and content accessible 24 hrs for students.

In 2015 Byju launched its learning mobile application and more than 2 million students downloaded the app within 3 months of the launch. 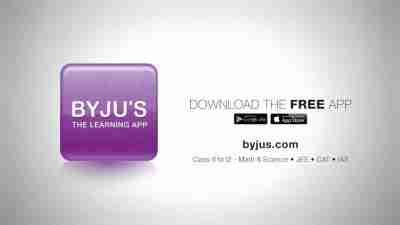 Byju app got lots of positive feedback from parents and students. Where parents said that Byju’s app helped in improving overall grades of their children. As per analytics student spend an average of 40 mins every day on Byju app.

In 2017 after two years of its App launch, Byju app added curriculum for 4th and 5th grades also and has more than 8 million students on the platform have more than 4 lakh, yearly subscribers.

The Idea of Byju appealed to many big investors in the market. In 2016 venture capital firm Sequoia Capital and Belgian investment firm Sofina invested 75 million dollars in Byju. In 2016 Byju received his biggest investment of 50 million dollars from Chan Zuckerberg Initiative, the philanthropic organization created by Facebook founder Mark Zuckerberg and his wife Dr. Priscilla Chan in 2015.

In 2017 BYJU’s decides to enter the United States and other English speaking international markets. It believes that the United States has a large demand for “better learning,” a strong digital payment infrastructure, and a willingness to pay subscription fees.

In March 2017 BYJU’s case study featured in Harvard Business School. The study titled ‘Byju’s The Learning App,” will be available for teaching purposes within and outside Harvard. The case study was authored by a Senior Lecturer at Harvard Business School named John Jong-Hyun Kim and Rachna Tahilyani, Associate Director the case study talks about the growth of the app, its impact on students and how this K-12 app can be used by students globally.

Get Socialised, Get Educated