OnlineTyari.com is India’s premier web and mobile app platform to provide a complete solution for online preparation for different competitive exams. We partner with best of the coaching institutes, independent tutors and publishers to provide authentic and contemporary material for exam preparation.

The App has been downloaded by more than 10 lakh people so far which provides practice test/ mock test, E-books, Current Affair and general knowledge

OnlineTyari was founded by Vipin Aggarwal and Bhola Meena.

Vipin Aggarwal: Prior to OnlineTyari Vipin founded and ran enMarkit.com – a customer intelligence platform to assist e-commerce companies in India and Singapore. Vipin holds an MBA from IIM Ahmedabad and a degree in chemical engineering from IIT Kanpur. 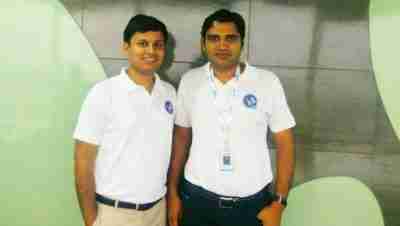 Bhola Meena: Bhola Meena is also an IIT alumni. He holds a degree in Computer Science and Engineering from IIT Kanpur. Prior to Online Tyari worked as Software Engineer at Aricent and also worked at Microsoft as Technical Lead.

In 2014 Vipin was working on a Government project to help launch the National Digital Literacy Mission, also known as Disha – Digital Saksharta Abhiyaan, a mission to enable all Indian citizens to learn to operate computers. During the project, Vipin realized that most people operated smartphones, yet they were unable to educate themselves to operate a computer and practice tests online. Bhola Meena was trying to solve a similar problem. So They joined hands together and decided to create OnlineTyari – mobile-based education platform.

The idea of OnlineTyari has been backed by top investors in the country. The company has raised to 5.75 million dollars in two round of funding. In September 2015 OnlineTyari raised 750 thousand dollars and then 5 million dollars in November 2016 from investors like Vishal Bhargava, 3one4 Capital, 500 Startups, Mohandas Pai, Tandem Capital, Vikram Chachra, Aloke Bajpai, Globevestor, Rajasthan Patrika Pvt. Ltd., and  advantEdge Partners

OnlineTyari is a transactional marketplace for educational content. The company’s aim is to get the best books and material from publishers & coaching classes, put them on their digital platform.

OnlineTyari revenue comes from the commission from sales of ebooks and material from publishers available on the platform.

Scope of Online Studies in India:

OnlineTyari has become a popular name among the students who are preparing for competitive exams. The OnlineTyari App has been downloaded more than 30 lakhs student and catering to more than 6 lakh students. It provides more than 7 thousand e-books to study fro apart from online practice tests and mock tests. OnlineTyari’s aim is to be synonymous with digital education in India. The company is expanding its team and operations across India in the coming months. The platform enables users to keep a track of their performance while also receiving personalized suggestions.  The students get their desired study material on the phone immediately after they complete the payment, making their entire payment experience absolutely seamless.