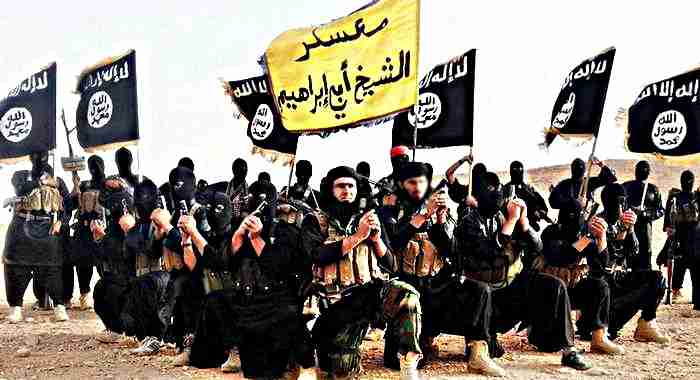 ISIS Militants posing with their message

The ultra-violent militants based in Iraq and Syria do not have access to only these two countries or the neighboring ones. They have their hands on the whole world, They have expanded rapidly, and the biggest factor is their reach to Social Networking Websites like Twitter, Facebook and YouTube, and the past years have witnessed it all.

Rihanna gets less views to her music video than ISIS beheading an innocent, if counted in total.They have got enormous support from their fans, yes they have fans too maybe at par with Rihanna, leaving out people like Alia Bhatt who are assumed to have no idea about ISIS.

Maybe the growing fan following is the reason why they have created their own Social Media Network 5elafabook.com, better known as Khelafabook. One more reason could possibly be having being blocked out of Facebook. They actively do campaigns online.

Coming to Twitter, At least 46,000 Twitter accounts have been linked to supporters of the Islamic State in late 2014, a research report released in Washington showed.These are the numbers after a Twitter  announced that it has shut around 90,000 ISIS-affiliated accounts. Plus, these are the ones going public, there are a lot of people who support them but don’t go public with the fear of getting caught or criticized.

What surprises me more is that these people have fans in United States and stats say that it has the 3 largest fan-following in the world. Yes you heard it right, USA, the country which is supposed to be the biggest resistant to Terrorism. IS militants have relied heavily on social media networks for coordination and communication, and the militants use them to publish shocking videos of beheadings and other violent acts against their enemies. IS has recruited militants from all over the world, their reach has made ordinary but inhuman men and women join them.

They have a complete system, probably stronger than government of various nations. They have Power, Money and Technology, almost everything they require to achieve their objectives. Technology from the previous sentence might shock you but from little things like High Quality Videos to advance Weaponry, they have it all.

At our level, There’s almost nothing we can do. Governments are working towards abolishing the group but that could take several years. Till the time, we can oppose their views online. We can write articles with total anonymity. We can share our views with the world through various Social Networks, Debate and Discuss in our Classrooms, Home and Offices.
I would welcome your views in the comments section.

Importance of Videos in Digital Marketing and things to be covered...