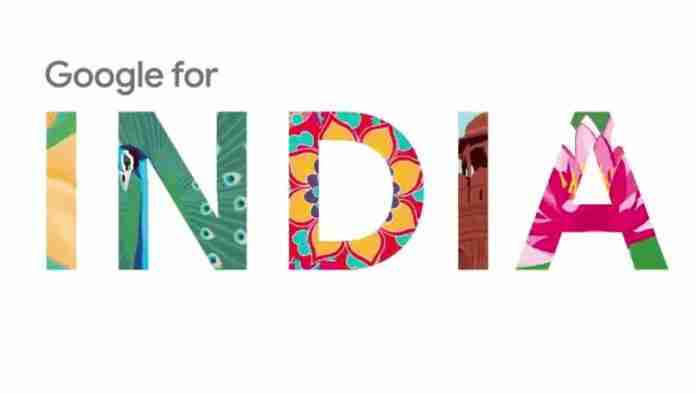 Google is hosting its fourth “Google for India” annual program today in New Delhi. The key speakers for the event are: Google is hosting this event from last four years to showcase its efforts in the country and also tell about initiatives and features developed by keeping Indians in mind.

This year’s Google for India event is no different, and here’s a look at everything the company announced by now.

As reported earlier also, Google announced today that they have rebranded its UPI app Tez, and it will now be known as Google Pay. There are no other changes to the app besides the change in name.

However, Google spokesperson said that in the coming weeks and months, Pay’s functionalities will be expanded to “places users can pay in-store and online, expanding services for merchants, and working with the banks to provide instant loans to Google Pay users.”

As a part of its Next Billion Users initiative started a few years ago, Google is partnering Andhra Pradesh State FiberNet Limited to bring Google Station to over 12 thousand villages, towns and cities across the state. The company aims to provide high-quality internet access to remote areas in the state as well as public places like hospitals in cities like Vijayawada and Visakhapatnam.

Google strongly believes that the vernacular medium is what will define the future of the internet in India. Access to information in regional languages is essential for reaching out to the next billion users. “For Search to be truly helpful, it should bring you useful content, in all the languages you understand,” Shashidhar Thakur, VP, Engineering, Google Search, said.

With that aim, Google today announced ‘Project Navlekha’. The company is working with over 100,000 offline publishers to help them easily create regional language websites on branded domains.

Google Go (for Android Go users) also gets a new ability. Users will now get a webpage in languages like English, Hindi, Bengali, Marathi, Malayalam or Tamil read out to them. Besides listening, each of the word will also be highlighted while being read out. Google Go will also be using AI to show up users’ favorite topics and news from English and Hindi websites.

Google Assistant too has been improved with support for Marathi (in addition to English and Hindi). “India loves the Google Assistant. In fact, Google Assistant usage has tripled in India since last year,” Pravir Gupta, Director of Software Engineering, said.

We are all heavily dependent upon Google Maps, and there are a few important changes announced today. A big announcement is for Google Maps Go users, who will now get to use turn-by-turn navigation feature. The app’s home screen too has been tweaked with a new set of shortcuts.

Google has partnered with RedBus to offer better public transport information on Maps. Courtesy of this partnership, users will get info on ticket prices and timings of buses on over 20,000 routes across 1,500 cities.