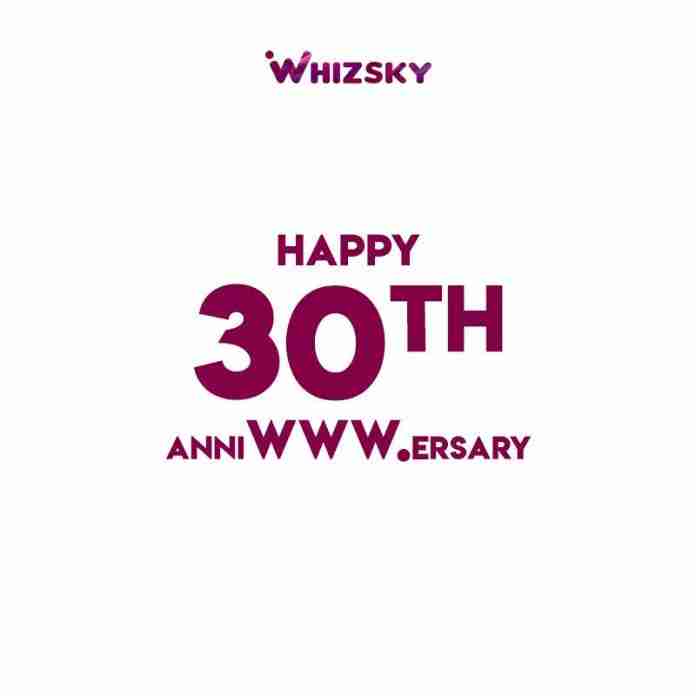 What is Digital Marketing? Which is the best long haul destination? Who is the best dressed at Oscars? What is the best movie/series to binge-watch on? Which is the economical e-shopping, Amazon or Flipkart? How many calories does a bowl of oats have? Best Party places near me….Blah Blah Blah!!

To even a silly question you ask, the search engine responds to us within a blink of an eye. Suppose it for a second, your day without the Internet. It’s like the worst nightmare of all reality. Every second we rely on it for a multitude of reasons and cannot survive without it. The Internet and the WWW thing is beyond the wildest dreams that happened to mankind. The power of 3W became incredible and inevitable and wildly sourced factor and the language that we speak in the 21st century.

Everything starts with “www.” to obtain the detailed data about the specific information.

As the Internet is buzzing a lot about the WWW turning 30. Let’s time travel to the greatest revolution of a web that happened to mankind. Internet is the one thing that made the world a smaller town connecting the globe virtually.

The Dawn Of The Web World

World Wide Web was born on 12th of March 1989 at European research organization, CERN in Switzerland. Tim Berners-Lee who is an independent contractor at the organization invented and built ENQUIRE a software project that is the predecessor to the World Wide Web.

Tim Berner became master Shifu of the so-called Internet era. His invention became the most prized business to billions of people for many reasons.

Technically speaking,
World Wide Web aka the Web, is an information space that provides infinite documents and other web resources, identified by URLs that can be interlinked by hypertext, and is accessible through the Internet.

The Ten-talizing facts of the World Wide Web

Google doodle isn’t alone celebrating the WWW turning 30. Netizens are also showing their love towards it and showered with funny wishes.

Everyone often misinterprets the Internet and World Wide Web. Both are neither same nor synonyms. The Internet is an interconnected network that globally interconnects computer networks, whereas the World Wide Web is a worldwide information system on the Internet where you can access documents, files, download music, images and lot more.

WWW is a folk tale made into reality

Will the technology thing ever gets faded? NO. Is there any point in getting expanded than a lot of now? A big YES. The invention gets bigger, better, and more potent than expected.

Be it Internet or World Wide Web and be it good or worse the digital thing happened to us, the revolution what it created is transcending, that made the world run behind it for any reason. It is a virtual book that keeps us updated and schools us with the miscellaneous stuff.