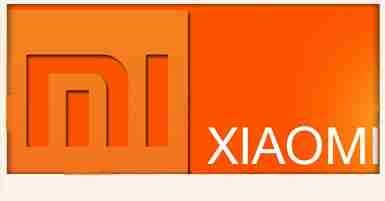 Well! When it comes down to being a mobile handset retailer and manufacturer; competition and antagonism is the means to suffice the needs of the customers and feed them with the best; enlivening with the competitive spirit to enhance the goodwill and repute. Xiaomi, almost everyone knows about this Chinese startup. It has crossed a long way surviving an uphill struggle and has entered into a number of markets in Asia. This mobile brand can pride themselves on some of the most noteworthy milestones in just the third year since its instigation. The exquisiteness of Xiaomi’s branding encases the wise strategies that it has put in, keeping in mind the needs of the users.

Since it’s commencement till now:

Xiaomi was launched in 2011 in India. Since its instigation as a gadget maker in the country, it has come a long way. Distribution and branding is the key to success and Xiaomi is coming across at it, quite well. Xiaomi has a classic chance at achieving higher sales, in commercial terms, only if it is competent to locate its assets in the proper manner. Let’s have a look at it whether Xiaomi’s social strategy is able to prove its mark in India and what it lacks. 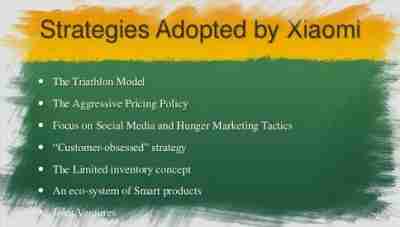 The Chinese startup, Xiaomi, has launched four handsets in India as Mi1, Mi2, Mi3 and Mi4. Xiaomi has espoused a solo design strategy in India to cater to high consumer demand. It primarily considers only one device at a time and wisely discontinues the sales of the preceding handsets. This year it has launched Mi4 and discontinued the sales of Mi3. It has intellectually tried to struggle to cater to match consumer demands.

Xiaomi adopted a wise stratagem to chiefly sell its phones online and social media is an essential element that retains the repute and goodwill and creates an engagement between the customers and the prospective buyers as well. There is this interesting and wise strategy by the mobile brand to create a hype before every Tuesday specifically. 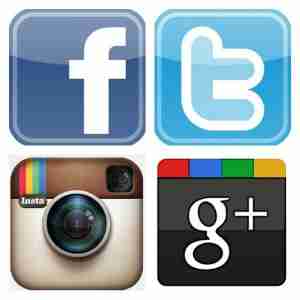 Xiaomi is utilizing the social networks like Facebook, Twitter, Instagram and Google Plus. The posts on all these social networks are updated continually. There isn’t just self-promotional stuff but incentives for re-tweets, the how-to-guides and interesting things like photo contests that build a connection and maintain the engagement. The social branding strategy and retaining the link between the consumers and prospective buyers is commendable and one of its kind. They post informational pictures that construct and facilitate interest in the audience which is followed by contests and tags.

Exclusive approach: They don’t spend money on endorsing and marketing! 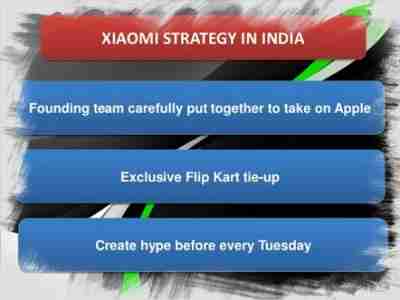 Well! Xiaomi manufactures its accessories and sells it exclusively via the e-commerce Flipkart. Xiaomi gets accreditation because of its exquisite pricing and inventive marketing. The company intellectually doesn’t deem it fit to set-up its own stores or staff them and wisely saves all the extra expenses by selling its products online. The competitive brands are however, trying to market their products via advertisements on television and celebrity endorsements but Xiaomi cuts down all the unnecessary expenditure. That doesn’t mean Xiamoni stays away from marketing, it employs eccentric strategies to create a hullabaloo about its products in the market. The handsets are released through online flash sales.

However, Xiaomi’s hastened achievement is still a question mark in India but without a doubt, the mobile brand has attained success and it has been able to gain immense profit within three years of its launch in India. Nonetheless, Thousands of tech savvy’s are prepared for the next variation in the brand. Way to go Xiaomi!