NetMeds is an Indian Online pharmacy marketplace. It is a subsidiary company of Dadha & Company, one of India’s most trusted pharmacies, with over 100 years’ experience in dispensing quality medicines. NetMeds was founded in 2010 and headquartered at Chennai, Tamil Nadu.

NetMeds was founded by Pradeep Dadha in 2010. He was born and raised in the Chennai suburb of Royapettah. Pradeep ran the Pradeep Dadha Group of Companies, a private holding company prior to NetMeds. He also worked at his family’s pharmaceutical company, where he set up the company’s internet retail pharmacy. 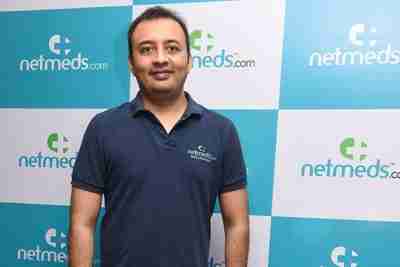 Netmeds.com has secured Rs 324 crore ($50 million) in funding from a clutch of investors led by healthcare-focused investment firm OrbiMed.

The company has received Rs 65 crore in the first round of funding from the investors, which includes boutique investment bank MAPE Advisory Group. As part of the deal, Orbi-Med’s Sunny Sharma and MAPE Advisory’s M Ramprasad have joined Netmeds’ board.

Netmeds is a fully licensed pharmacy online marketplace that offers authenticated prescription, over-the-counter medicine, and health products. India’s online pharmacy space has seen little investor activity because of regulatory issues. Such businesses need to comply with the Drugs and Cosmetics Act 1940 too before selling prescription drugs.

The company has a group of pharmacists who vet each prescription uploaded by the customer before shipping medicines. NetMeds was started as importers, then retailers and now revolutionizing the online pharmacy market of India

Netmeds was honored with an NDTV Unicorn Start-up Award, recognizing it as one of India’s best start-up companies of the year.

1Mg was launched in 2013. It recently acquired Homeobuy. The company has crossed more than 5 million app downloads and more than 3 million monthly visitors over the platform. Other players in this space include mChemist and Merapharmacy.