Tapzo is an all in one mobile application founded in 2010. The App was formerly known as HelpChat but later changed its name to Tapzo. Tapzo is a one-stop platform so that you don’t have to download and update multiple apps on your phone. Tapzo has integrated with 35 apps, with the aim of providing all daily needs in one single app. The company was founded by Ankur Singla, Vishal Pal Chaudhary, Vishrut Chalsani, and Avinash Vankadaru. Headquartered in Bengaluru. 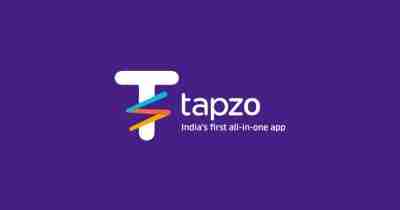 Tapzo has raised around 21 million dollars funding in 4 different rounds from two major investors. Below is the total breakdown of Tapzo Funding.

Tapzo Business Model is is quite different & unique from other start ups. The platform aggregates orders across food delivery, hyperlocal deals, cabs and bill payments, and recharge. Tapzo has a partnership based business model where Tapzo charges its partner per transaction.

Tapzo is India’s first all in one app having integrated more than 35 apps into it. Tapzo earns its revenue by charging its partners for each transaction take place on the app. Depending on the type of industry and amount of transaction the company charges commission between 4 to 11 percent.

The number of daily transactions has grown to be around 1 lakh this year. The average ticket size for each transaction across verticals is 150 Rupees and the commissions vary by category, with food orders and deal discovery contributing the largest share.The company is looking to add other verticals over the coming months to diversify the business. The company is looking to expand in bus and flight ticketing as well as grocery business. Tapzo revenue target for the financial year 2017-18 is 2,000 crores GMV.

Tapzo as a brand is targeting people in the age group of 22-30 year. living in the top 10 cities of India, predominantly male audience has rolled out a mass media campaign through TV, Print, Radio, YouTube, Facebook and Google. The objective of the campaign was to increase the awareness of the brand. 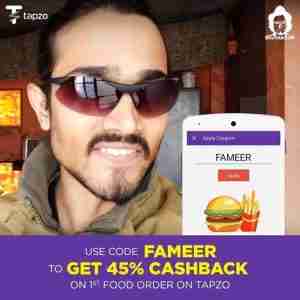 Tapzo very strategically hired an Indian Youtube star Bhuvan Bam for their Tv commercials. Bhuvan is a well-known name among the youngsters which helped the brand to increase the awareness. The app has more than 1 million app downloads on Google Play Store.