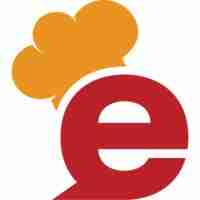 Eatigo, an online restaurant reservation platform for food lovers where they can choose to dine out anywhere and reserve from upscale hotels to popular food chains offering time-based discounts of up to 50% every day at all of the website’s participating restaurants via online and mobile applications. Users can enjoy the cuisines with the same discounts and served with no strings attached, wherein restaurants get to fill the empty seats during off-peak hours. Behind the Idea box

The initiation of Eatigo started when Michael, Judy, and Siddhanta met in Cambodia during their stint with Millicom International Cellular. Based upon the concept by American Airlines charging different airfares in the 1970s, which drove up profits and revolutionized the industry, the four members replicated the innovation in the restaurant sector.

In June 2014, the online reservation did not mushroom in the country like Thailand where people use to wait for the empty seats to get reserved during the peak timings. To break the so-called cliches, Eatigo came up with the best discounts at the popular and upscale restaurants providing food, Haute cuisines and more during the off-peak hours like around 45 minutes to 1 hour on either side of peak hours filling the empty stomachs with the best dishes for people craving for food.

How does the platform work?

Users can browse through the restaurants and filter according to categories like hotel buffets, cuisine type or the trending dishes. Since the start-up company is famous for its discount and off-peak dining reservations, one can filter the search based on the discounts starting at 10% up to 50%. Generally, the 50% discounts are likely to be offered at off-peak times, and the restaurants have to offer the discount at a particular time every day. Users are provided with the time limit of 30 minutes before the selected time. The reservation confirmation will be sent to the email.

Eatigo’s business model is based on Revenue.

The company had a steep learning curve. They eventually captured over 95 percent market share in online table reservation market. The online reservation startup stressed communicating to people how and why their model worked.

The business model took the tried and tested yield management rules of charging different prices at different times making it a successful market.

By February 2015, Eatigo ruled Singapore when still they were the incumbents in Thailand. The company ended up commanding more than 50% of the market share.

Eat App, Resy, OpenTable, Yelp are some of the contenders to Eatigo.

Being in the market with galore of online applications Eatigo is positioned as the number 1 startup as a restaurant reservations platform in South East Asia. The Airline styled model attracted customers and walked themselves to the restaurants for dining and finding more about the cuisines.

In 2016, Eatigo awarded as the Google Most Innovative App of the Year in Thailand. Michael Cluzel, the principal founder of the company, said that the team chose Singapore and Thailand as their alpha markets because of its sophisticated and emerging markets. Today, the company reserves seating over nearly 1 million customers every month. In 2017, the company launched 5 new markets in four countries including Kuala Lumpur and Hong Kong followed by Manila, Mumbai, and Pune in June the same year.