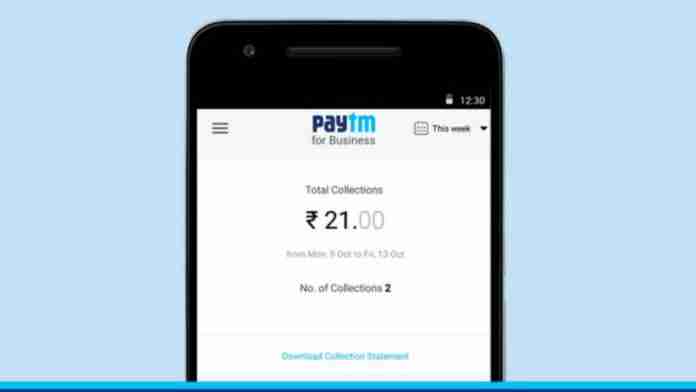 India’s most used financial service Paytm said on Tuesday that it had sold over 52 million movie and event tickets in 2017 which is 500 percent growth as compared with 2016 the year Paytm launched its ticketing service.

In March 2016, Paytm had launched its movie ticketing platform in partnership with multiplex chain PVR. After that, the company is adding multiplex and single screen theatres across 660 cities in the country at an aggressive page. Today Paytm is providing online ticketing service for 4,000 movie screens more than 16,000 screens added in last one year.

In its early days launched its Movie Pass subscription which is an affordable option for amid movie-goers. Later it also introduced 100 percent refund on cancellations and movie passes which encourages people to use the platform for the ticket booking. Paytm also gives huge cashback also in Paytm wallet sometime 100 percent of the ticket price.

The company said that almost 35 percent of its overall sales come from regional movies and content. In future, this will be key partnership growth area for the company.

On its association with Paytm, PVR CEO Gautam Dutta said that “The partnership with Paytm as our e-ticketing channel partner for over 20 months has grown from strength to strength. With Paytm becoming a household name in the country, it has helped PVR leverage its demographic presence to acquire new customers tapping their impulse habit of watching movies. In view of the immense digital and social media explosion among millennials, PVR has been able to reach out this increasingly important and  growing consumer segment.”

Paytm has plans to sell over 100 million tickets by the end of this year and on the successful 2017 Madhur Deora, Chief Financial Officer and SVP, Paytm said, “After an exceptional 2017, we have had a great start in 2018. Our aim this year is to become the market leader in entertainment ticketing category and sell over 100 million tickets across India. We will continue growing the overall ecosystem by adding single-screen cinemas and expanding into smaller cities and towns.”

UrbanClap To Fund $15 Million In Company Series D Round