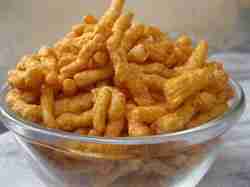 Kurkure was launched in 1999 and in no time it had become favorite snack time food. I myself love to eat kurkure a lot. Well let’s keep that aside and focus on the social media strategy review for Kurkure. The brand was introduced in market only with one flavor but now they have a list of seven amazing mouth watering flavors and all of them are selling like hot cakes. Kurkure is an unusual brand and is in love with its tagline/ slogan which says “tedha hai par mera hai”. It would be the only brand having pride on its “tedha” nature. The brand is all about the quirkiness which is a normal feature of desi folks and Kurkure had effectively used that quirkiness in their ads and commercial on television.

Kurkure on Facebook: For a brand like Kurkure, Facebook is most appropriate platform. It provides an opportunity to those folks who are having wacky and quirky communication to interact via this page. Their posts get regular comments and shares which proves that they are capable of maintain the interest of their followers. 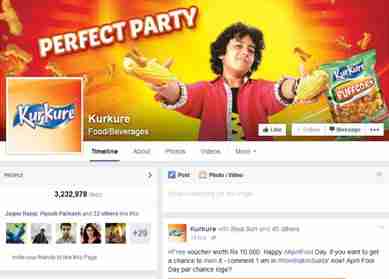 Talking about posts then, they are quite regular in sharing posts and this could also be a reason as why people are connected to their page. 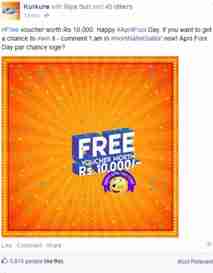 This graph shows that the page fails to attract new followers and hence they are making efforts to engage their fans on their page. 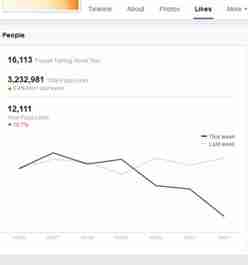 When you will navigate more then, you will get a tab named videos under more section. In this section you will get the videos of all the commercial ads they have advertized on television. The content which I found on their page was a perfect blend of self promotion and fun. This is exactly what Kurkure is doing in TV commercials in past years and had extended the same thing in their Facebook page.

It is the interactive updates which make sure that a consistent interaction can be established in terms of shares as well as comments. The products is that much delicious that even the fans cannot pause themselves in expressing their love via comments. A number of tabs are there on its Facebook page but they do not have anything worth mentioning.

It would not be a wrong statement to make that it is quite a disappointing platform for Kurkure. In spite of the fact that they are tweeting same content as that of Facebook, they still fail to get noticed. Not even a single post is capable of attracting followers to start a conversation in the comments.

Therefore Kurkure should come out of its broadcast mode and should make some efforts in order to get interactions started on their tweets.

Kurkure on YouTube: Well their YouTube channel is even more disappointing then twitters. When I visited their channel on YouTube what I noticed is poor visibility, infrequent updates and self-promotional content. We can’t deny the fact that this channel includes some funny videos which have the potential to get viral if proper strategy is used for this. Kurkure have to understand that “salesy” videos can work sometimes but not every time.

This was all about what Kurkure is doing on social media platforms. Though they are managing to be regular on their fan pages but something innovative should be tried in order to get more and more followers.

Top 7 Social Networks to Increase Organic Traffic to your Website