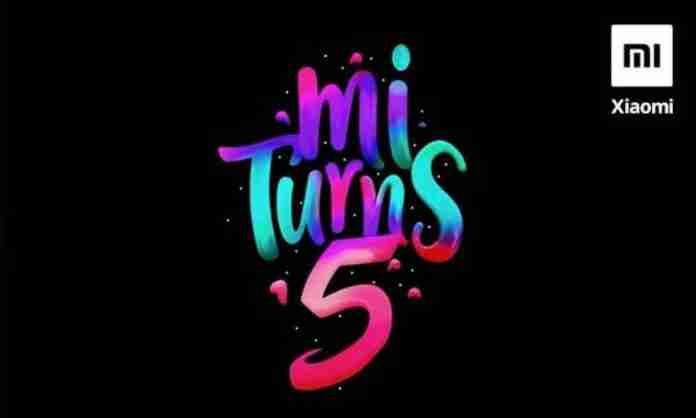 Xiaomi India has launched its latest brand film – ‘#NoMiWithoutYou’ – to celebrate its five-year journey in India. The video, unlike a typical smartphone ad highlighting the product design and functionality, illustrates the key milestones of Xiaomi’s journey with multiple creative illusions in each frame and captures several Mi Fans in multiple shots. The film also integrates the momentous ‘Kiska Baja’ campaign at the end of the film.

The campaign has been conceptualised and executed by Humour Me, a boutique creative agency.

In a press release issued by the brand, Anuj Sharma, chief marketing officer, Xiaomi India, was quoted as saying, “We wanted to create an impactful film complementing our India chapter. The insight came from playing with all milestones visually and yet retaining a common theme across. We used various visual illusions throughout the film, such as the Ames effect in the smartphone market share segment. The entire film has been shot in one set, over a few days with the help of a hardworking team and several Mi fans.”

1. Xiaomi’s started its journey in 2014 with Mi 3.
2. In their first ever flash sale Mi sold 10,000 units within seconds.
3. Xiaomi became part of the Make in India initiative in 2015.
4. Today, Xiaomi employs over 20,000 employees out of which over 95 percent are women.
5. Xiaomi has close to 50 per cent market share in the online smartphone market of India, as of 1st quarter of 2019 as per IDC.
6. Xiaomi sold over 12 million units of Red Mi Note series smartphones in 2018. Independently, Redmi Note became the fourth largest smartphone brand of India.
7. Mi.com became the third largest e-commerce brand for smartphones in Q1 2019 as per Counterpoint Research.
8. Xiaomi has also been the number one fitness wearable brand for five consecutive quarters, with over 40 per cent market share in Q3 2018 as per IDC.
9. Mi Community has over five million registered fans on Mi Community (c.mi.com); and over 15 million unique Monthly Active Users.
10. Xiaomi is a proud holder of two Guinness World Records:
a. Largest Light Mosaic in 2018
b. 500+ Mi Stores opened simultaneously in rural areas
11. Xiaomi’s offline smartphone market share grew exponentially from zero to ~20 per cent by Q4 2018.
12. Xiaomi has over 1500+ (2000 currently) authorized service centers in India across India
13. Xiaomi India’s smartphone market share has grown constantly and is currently the number one brand for seven consecutive quarters as per IDC.
14. Xiaomi is also the number one Smart TV brand in India since Q2 2018, as per IDC.

Brainly embarks on its next phase of growth in India; appoints...