Recently, CEO Sundar Pichai has made many big announcements at Google‘s annual I/O developer conference in Shoreline Amphitheater in Mountain View, California. Let’s have look at the top 10 Big Announcements from Google I/O 2018. 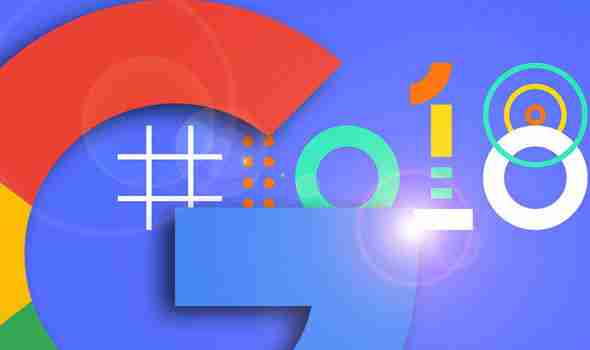 #1 Gmail can write emails by itself

Yeah, it’s right that now Gmail can write emails by itself. Nowadays AI and Machine Learning are creating a big impact on our today’s world. Google created a new idea called Smart Compose, this idea is based on the Artificial Intelligence. Smart Compose suggests phrases for you whenever we type, we just have to click on the tap button and the sentence will be completed. Smart Compose uses Machine Learning to complete the message that we want to write.

Google’s CEO Sundar Pichai has announced the latest version of Android i.e “Android P”. It comes with the gesture feature like iPhone-X. Google is focusing on three things i.e Simple Interface, Intelligent Interface, and Digital Wellbeing. Digital Wellbeing is the dashboard that shows about how much time you are spending on your device that includes the time spent on apps, time spent on locking and unlocking the phone and all the notifications we’ve received. We can also set the time limit for the apps.

Android P comes with the updated feature of Do Not Disturb that not only silences the texts and calls but also silence the visual interruption. Google has created a new gesture called Shush. Whenever we turn our phone over on the table, Do Not Disturb will be automatically enabled. Android P also comes with the Wind Down feature that can help to set the time on which we go to bed. Android P will come later this year but the Android P Beta is available on Google Pixel, Nokia 7 Plus, Sony Xperia XZ2, OnePlus 6 and many more.

Google is adding 6 new voices to the Google’s virtual assistant. Now we can speak with John Legend with our Google Assistant, yes it’s true that John Legend has given his voice in the Google’s Virtual Assistant.

Now our device can book the appointments for us. CEO Sundar Pichai has played a recording of the conversation between a robotic voice and the salon employee. In this feature, Google Assistant will make a call for us in the background to book an appointment.

Google has launched an update to the Google Maps. Now we can add new places, businesses, and buildings directly to the Map. Google has added a new tab called For You that tells about the places that are going to open and it shows the places according to your match. It shows the trending neighborhood restaurants and places that are famous among the other people. Now people can navigate the places in Google Maps by the use of Augmented Reality. We just have to point our camera in the direction and Google will use AI with the data of Street View to given an interactive turn by turn AR experience to people. In this feature, a fox will be there in navigation which can even more to find the addresses and places.

Google has launched a new feature called Suggested Actions. In this feature, if we are attending someone’s birthday party and we have clicked 5 pictures with our friend then Google Photos will analyze the number of photos in which our friend is there and suggest you to share these pictures to our friend in one click. We can now edit our old pictures and can colorize it even if it is a black and white picture.

Now we can do more with our camera lens by using Artificial Intelligence. Google Lens can now recognize the words by use of Smart text selection that helps you to copy the text from the real world and paste directly into your phone. Another feature of Google Lens is Style Match, in this, we can search for the related products for ex. If we found some product in our friend’s room and we also want to want the same product that we have seen then we just need to point our camera on that product and we will get the related search.

CEO Sundar Pichai has announced the next generation of Tensor Processor Unit (TPU) i.e TPU 3.0. The new TPU 3.0 is the third generation of silicon and it is 8x more powerful that the TPU 2.0. This new processor is so powerful that’s why Google has introduced liquid cooling for the first time at the data centers of Google. TPU is used for the Google’s TensorFlow framework, which is a math library used for machine learning applications like neural networks.

Sometimes we go through the websites to read latest and trending news, but we get confused when we see too much stuff on one page and that’s why we miss the important news. Google’s News app is now completely powered by Artificial Intelligence. CEO Sundar Pichai said that the company uses artificial intelligence to analyze all the content of the web and organize the videos, articles into storylines. It will focus on the content in which you might be interested and it puts all the favorite content in your briefing. By the help of Headlines, we can see the stories that were seen by many people.