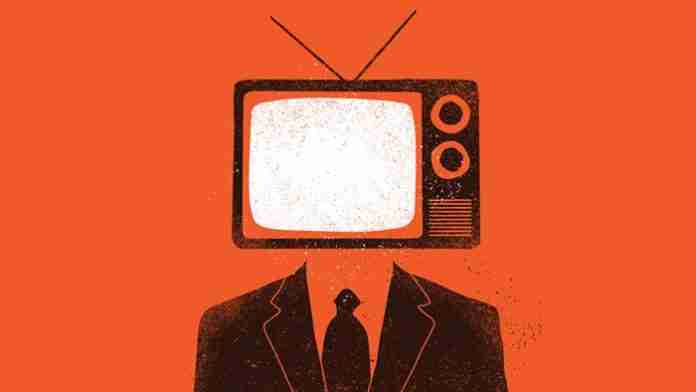 “Cinema is the ultimate pervert art. It doesn’t give you what you desire – it tells you how to desire.” ― Slavoj Žižek

Art of making movies is beyond one’s wildest dream, I would say. You can give synonyms to it, but in the end it is the form of Entertainment what you acquire. Be it a Frankenstein, Star Trek, Stan Lee’s Marvels or the latest Alita; we cinephiles admire every scene of them. Bevies of different entertainment be it sci-fi, romcom, superheroes and so on unintentionally we get highly inspired by them. Entertainment is the form of education that gives vibrant impressions on individuals leading to the right and worse outcome.

We draw great inspiration from movies and movies takes inspiration from the real world drama. From politics to business, every flick has some messages to spread. Some movies are quiet entrepreneurship oriented from which we can hint.

As we live in the digitized world and the usage of technology is at the cap everyone leverage it to the most. Digital Market now became an essential category to survive in the jammed market. Here are 13 movies and shows reeled and piled up to draw huge motivation and ideas for the growth in the digital marketing field using social media as a healing potion.

The biographical drama was blockbuster back in 2010. Ever since Mark Zuckerberg founded Facebook, the chances of hyping digital marketing grew slowly and firmly. The movie is all about allegations, innovation, and genius that became a source code to many applications running in the market. The picture portrays the life and other stuff of young Mark who gave social media a definition and paved opportunities to countless digital marketers to publicize their market.

The movie is perfect and speechless to describe. It tells about the social media influencers and influencer marketing. This movie is all about the Jones family whose job is to use social influence to convince their neighborhood to buy things.

This Hollywood comedy is about a traveling consultant who loves his job. The movie is must watch by digital marketers to tackle customers or PR disasters and showing the positive impact if appropriately treated.

Unemployed salesmen Billy and Nick are in a bid to prove their competence in the digital world and strive to crack a job at Google. This American comedy shows how these two overdo some tech-savvy brilliants.

It is a documentary that represents the risks of clicking to “I Agree” button on the internet. This award-winning documentary is a must watch that gives you a clear inside look of companies like Google and Facebook do with the information you offer them.

This must be an obvious entry in the watch list. The story is about the tech giants Microsoft and Apple and the lives of Steve Jobs and Bill Gates. The biographical film holds valuable lessons for marketing and marketers to have a successful journey in the digital market.

The Netflix documentary tours into the sordid situations of internet fame and influencer culture. The documentary revolves on famous four social media celebrities namely Paris Hilton, Brittany Furlan, The Fat Jewish, and Kirill Bichutsky who talks about the fame that messed their mental health and personal relationships. The American Meme is an excellent example for all the millennials who prefer glory over a career or education.

The documentary film is about the advertising industry in the U.S. that covers advertising campaigns- Just Do It, I Love New York, I Want My MTV, Think Different, etc. The film won Emmy Award in News & Documentary section for Outstanding Art & Culture Programme. The film is an excellent source for many digital marketers to learn the campaigning of a brand.

The chef is not primarily about social media. The events in the movie take turns with one powerful Twitter meltdown. Chef Carl Casper in the film uses the social media platform to voice his frustrations after receiving devastating reviews from a restaurant critic. Later, the video footage made him unwittingly a viral star.

This thriller movie revolves around Mae, portrayed by Emma Watson who is working in a tech company called The Circle- a Facebook-esque company. The film underlines the variations between choosing to share your personal information and having it shared without consent. It is an alarming signal to the brands to build trust and integrity with customers.

A must see the movie for every digital market startup seeking to create wonders in the market. The film shows you the scenario that happened to the eCommerce website govWorks when the internet market dropped strikingly.

The coming-of-age drama gives you the perfect use of social media to raise fame. The movie is about a sensitive, quiet Gen Z teen Kayla who regularly escapes into social media. Many films show the dark side of social media, but this film also shows that this is the place where shy teenagers can express themselves and explore. If you understand how the teenager is using the platform, this movie is your perfect guide in digital marketing.

The 92-episode television series shows the lives of 1960s advertising executives. The show presents an immersive experience of agency life, client interactions, creative process, and making customers happy. It also shows the tips on how to pair a market with some strategies and reflects a brand. I recommend this period drama to all the digital marketers who are seeking to outshine.

The 13 listed entertainment gives you many quintessential reasons to foster the methods and cater the obvious output in the crammed digital marketing field.

Start binge-watching on movies that inspires and fascinates you to kickstart the digital market business with least errors.

Use These 15 Social Media Apps to get things done effectively...