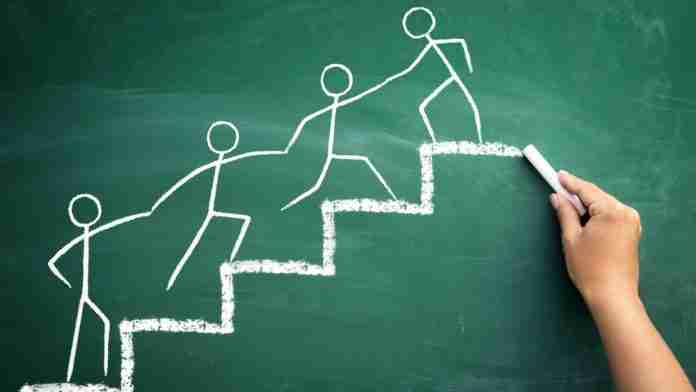 Social entrepreneurs are those adventurous, daredevils who drive deep into the pressing problems of society and try to find solutions to them, not by leaving the responsibilities in the reins of the government or business, but by trying to change systems as a whole and persuading societies to take new initiatives. 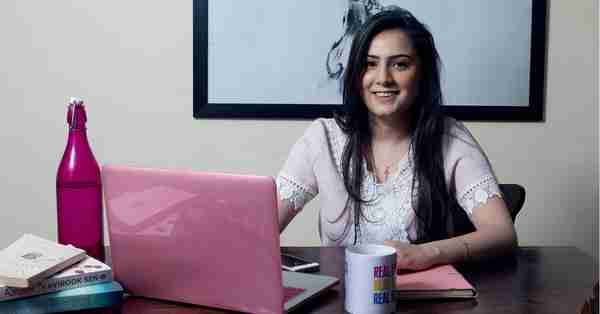 Ria in 2014 founded ‘Make Love Not Scars’ NGO, which is a rehabilitation centre for acid attack survivors (mostly women) in India. This is the crowd-funded organization where it teams up and reach volunteers and funders through a social media platform. In 2016, Ria was awarded British Council’s Social Impact Award. In 2017, Sharma was awarded the India Today Woman Of The Year for Public Service and as the ‘Brand of The Year’ by CNBC TV18. Karthik is a dropout student from Rutgers University, New Jersey. In 2009 he founded a technology company ‘Redcode Informatics’ for a couple of years. Later he started a social networking site called Socialblood.org after reading an article about a family struggling to find blood for transfusion for their four-year-old daughter. The organization helps by connecting blood donors via facebook.

In 2011, he was awarded the Staples Youth Social Youth Entrepreneur award and was featured in 30 under 30 innovators in 2015. Jeroo Billmoria is an accomplished social entrepreneur and the founder of several international NGOs. Her pursuits have earned her accolades with Ashoka Innovations for the Public, the Skill Foundation and the Schwab Foundation for Social Entrepreneurship. Her work has also been published in reputed newspapers such as The Economist and the like. Her recent ventures comprise Aflatoun, Childline India Foundation and Child Helpline International. Her aim is to start at the grass root level, beginning technologies of the highest grade at cheaper prices to rural India. Business Week ranks her as the most influential leader under 30, working for a tenure of 5 years in SKS Microfinance and Ujjivan Financial Services. Frontier Markets organisation is her brainchild. Being a 2012 Echoing Green Fellow is to be of aid to 30 million rural households in the next 3 years. Founder of SELCO, he has a reputation of installing 120,000 systems in Karnataka, his aim being-making renewable resources the predominant source of energy in rural India. Stressing as an observer of minute details, the letter grew into an innovator and a social entrepreneur. She deals mainly with craft and restores from rural India, contributing to the present success of Rangasutra (a for-profit venture) and retailing from FabIndia. She collects, what she calls ‘priceless’ products from these talented and dedicated villagers and helps them earn their living they deserve.

Often a simple act of bravery can move mountains. That is the story of this social entrepreneur. He filed a PIL which later turned into a judgement coaxing politicians to confess to their misdeeds. His efforts led to the form of ADR (Associations for Democratic Reform) responsible for scrutinising the elections every 5 years. Politicians now are more answerable and it is also spreading awareness among the public as to what the Fundamental Rights by the Constitution of India really entail. 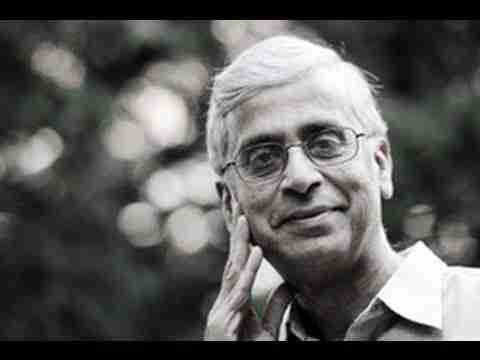 Winner of the Indian Social Entrepreneur of the year 2014, awarded by Finance Minister Arun Jaitley. He is the founder of the Karuna Trust, associated with healthcare services. The award is under the reputed Schwab Foundation for Social Entrepreneur.

A multitasker from her youth, Akansha is a social entrepreneur, peace negotiator and businesswoman. She hooks the reputation of being honoured by President Bill Clinton with $1,000,000, for her ventures in solving the global water crisis in the form of m.Paani.

She deals with the most pressing problem of India today- education, with the help of luxury available only to middle-class children. He introduces slum children to schools which only admit students from rich backgrounds, helping to reduce illiteracy from the grass root level. The Institution for Quality Skill Training was his creation. This institution comes to the aid of the youth from poor backgrounds to invest gold in Jharkhand for a better living. Stretched over 13 states, it aims to admit 50,000 students annually. It now has a turnover of Rs. 2.5 crore, being funded by Kitendo Capital (a Switzerland based angel impact investment fund).

Founder of Mann Deshi Manila Sahakari Bank for rural women, she is also the winner of the 2013 India Social Entrepreneur of the Year. It aims to provide financial support to these women.

Nivesh is considered as one of the top social entrepreneurs in India. He launched a program called the Leadership 30, that aims at fostering students to become leaders. Nivesh started an organization called Step Up for Healthy India that aims to provide essential health and sanitation to the underprivileged. 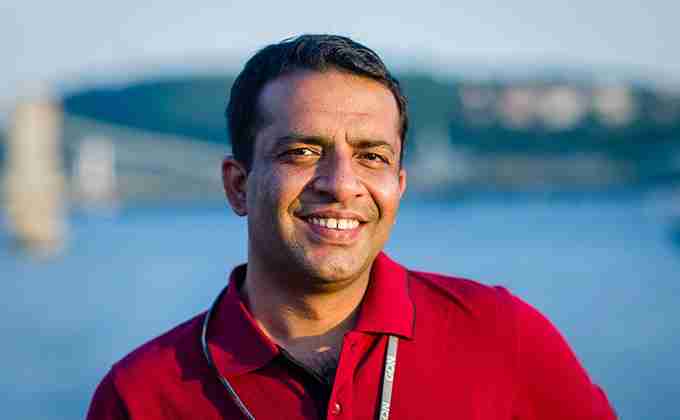 Anshu Gupta is one of the prominent social entrepreneurs in India who started Goonj in 1999. The NGO volunteers by collecting used clothing from the crowd, sort, and fix by distributing to the poor.

Goonj volunteered during the times of natural calamities in Tamil Nadu, Kerala, and Gujarat. In 2004, Anshu conferred with Ashoka Fellowship and 2015 Ramon Magsaysay Award. Dr Urvashi Sahni is one of the top social entrepreneurs in India. She founded the SHEF- Study Hall Education Foundation, an organization devoted to offering education to the most backward girls in India. Through the organization, Urvashi provided affordable, high-quality rights-based education to 1000+ girls and has established 3 K-12 schools including Prerna Girls School.

Since its inception, she received many awards and recognition. In 2017, she was felicitated with the ‘Social Entrepreneur of The Year’. Aarushi Batra is a young social entrepreneur of India founded Robin Hood Army along with her 3 friends. It is a volunteer-based organization that strives to provide surplus food to the poor and needy. The organization offered food to over 5 million people across the globe and spread over 60 cities. 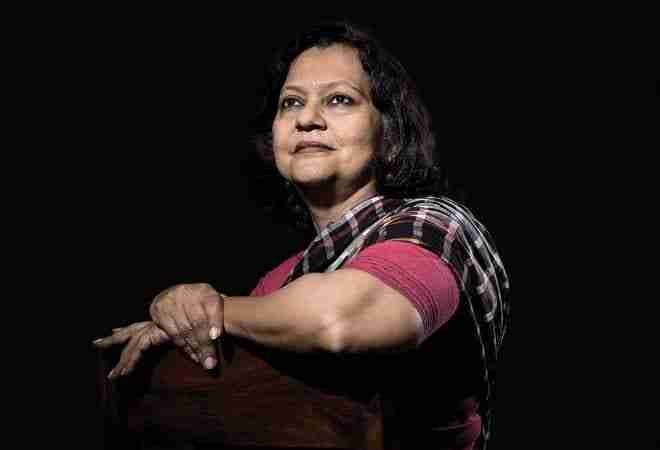 Sumita Ghose is the founder of Rangsutra, which is a social enterprise that helps in bringing the socio-economic development and growth in both the community and the market in rural India.

Sumita is a notable social entrepreneur in India, who with the Rangsutra owned 1800 rural artisans by providing design, marketing, technical and more. She has been a recipient of the MacArthur Fellowship for Leadership. Sharad is the young, influential social entrepreneur in India who was listed in Forbes 30 under 30 list. At the age of 16, he founded Dexterity Global, a company that provides educational sources and training to middle-high class schools. The company has provided chances to nearly 1.2 million students in India and some parts of South Asia.

Santosh Parulekar’s Pipal Tree aims to enhance formal training to the youth and provide them with jobs in the company across the country. Under the organization, over 1500 workers were trained. Chetan Gowda is a prominent young social entrepreneur in India and as well a TEDx Speaker. He is a social right and health activist who co-founded three startups- Chittii, Dream Teams, and Khoon.

With the inception of Khoon organization, he helped more than 5000+ people by providing blood to the need. Chetan was awarded Ashoka Youth Venturer “Young Social Entrepreneur of the Year 2017” and Rotary Vocational Awardee in 2017.

Social Entrepreneurs have become invaluable to society and are yet to enter as a mainstream profession. They are possibly the only sect of professionals who do not work for money but for the benefit and overall welfare of society. They have indeed, proved to be of great help to all people at large.

Top 10 Companies to Work For in India

Top SEO Reporting Tools You Must Have For Your Agency