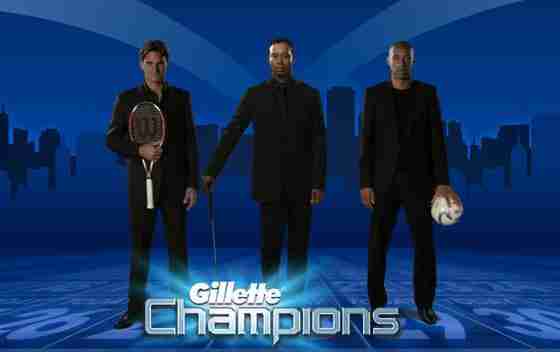 Who does not know about Gillette a well-known brand among men? Gillette is a leading brand dealing in safety razor blades, personal care products and shaving gels etc. In July 2007 all the assets of Gillette Company were integrated into a P&G unit which was named as “Global Gillette”. They have their offices all around the world. But nobody can deny the fact that a well-strategized marketing is required to make a brand reach consumer’s market. Gillette has also used many strategies to reach people in order to increase their sales and popularity among people. Be it via television commercials or newspaper ads, magazine ads or social media marketing, Gillette had tried everything to get best outcomes for their brand.

Facebook: Facebook is a widely used social networking site being used by a big section of people. Gillette had made it a way of their marketing on the web. We must say that their strategy works quite well as they have a long list followers on their Facebook page. The count of their Facebook page followers has reached a count of 1,97,5673. Though they are not frequent with their post and hardly post something after 8-10 days. But still their Facebook page has a wider reach among their audience. Well, not only Gillette but various other brands are using this social media platform pretty well to be a part of their customer’s daily life. Twitter: Apart from Facebook, Twitter is also counted among the most widely used social media platforms. They have 66.6 K followers on twitter which is quite a huge number. They keep on tweeting about their new products or updates regarding the brand which are a part of their marketing strategy to reach more and more number of people.

They do not post frequently about their brand, but they retweet the tweets of their followers pretty much regularly. Gillette has used these social media platforms and their strategy had paid them back quite well. This graph can easily explain the effect of social media marketing. The number of followers has widely increased giving rise to their sales also.

Other Marketing Strategies: They have also used other platforms for a strong marketing of their brand. For this, they published various ads showcasing confident, sexy and bold men to reach maximum people. The response of their ads was something which was not expected. Gillette sales have reached their peak in no time and Gillette have managed it pretty well to maintain their sales and popularity. Marketing is all about capturing a customer passion and branding a product and Gillette have effectively used various marketing strategies to reach their goal.

This is not it, Gillette is constantly making efforts to meets the growing demand of their customers and hence is an option for new strategies to get what they want. Though Gillette is a successful brand these days but still there is a long way to go.

6 Reasons Why you should start using Bots in Your Business...