Docomo is one among the widely used mobile networks of India. Though it arrived much later than the various established brands, but now it is no less renowned than any other competitive brand. 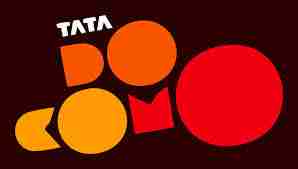 But does your “presence” is everything that is required? Are the efforts of this brand up to the mark? Is their social media strategy is strong enough to beat its competitors like Vodafone & Airtel?

Bear it in mind that over-updating your social pages with unnecessary posts can cause huge loss. As the followers start losing their interest in the page and the social media platform will not be able to provide fruitful output. The visuals they post along with the content are commendable but again promotion, promotion and promotion can kill the entire fun.

Docomo on Facebook: The number of fans they are having on Facebook is quite impressive. 13,252,712 is undoubtedly a huge figure, yes it is! 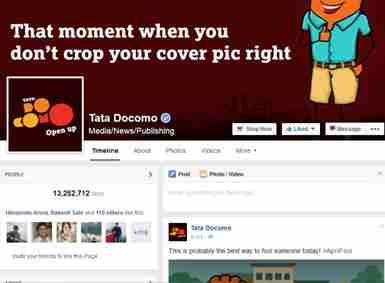 However the brand doesn’t have any other Facebook pages like Docomo Soccer, Docomo Cricket (Like its competitor Airtel). It’s always recommended by social media experts to utilize the power of SOCIAL MEDIA optimally by letting your users see only what they wish to.

Efforts made by brand can be seen clearly as they are regular with their posts. They keep on adding pictures, videos etc on their timeline to attract more and more users. 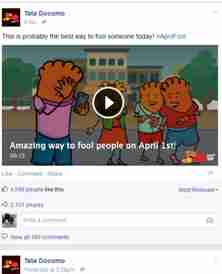 Their efforts are not useless as it can be clearly seen here. If a post is having more than 150 comments and the count of shares is 2,000, it’s obvious that the brand has huge following, however, this count can be rolled up the hill faster. 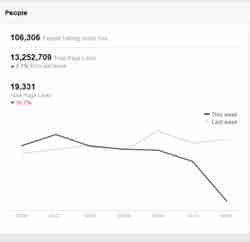 Talking about the current activities, above graph clearly indicates that very few people are connecting with their page these days. So in this case maintaining the interest of their per-existing followers is what they need to focus on.

Docomo on twitter: After Facebook, let’s talk about Twitter. As far as twitter is concerned, they are having good popularity among 103K people. They are frequent with their tweets but it seems that their tweets are not good enough to engage users, they lack response as compared to their Facebook’s posts. 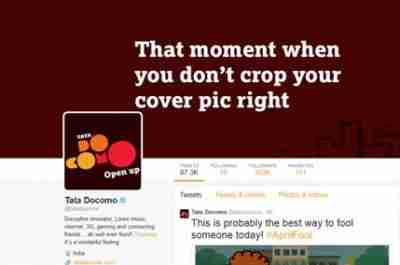 The brand works according to the trend. On this April Fool, Docom’s page was updated with post, showing “The Best Way to Fool Someone”.

Docomo on Google+: Google+ page of Docomo has more than 8 thousand followers along with more than 3 lac views. It’s not at all an appreciable figure, as nowadays days having presence on Google plus page has become highly essential. 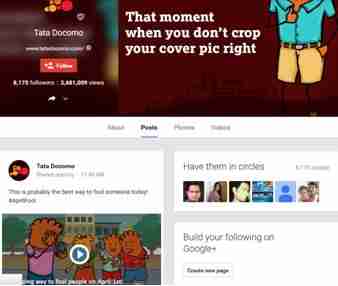 Docomo on YouTube: Docomo owns a channel on YouTube. There you can get the videos of all their commercial ads being advertised on television.

An impressive fact which should be noted is that they are having same cover picture on all their social media platforms. There is always a scope of improvement and making efforts is not enough all times. Making efforts in a right direction can rather help to achieve the desired outcomes.

3 reasons why you must try Google Plus for Marketing of...