The mobile market is completely flooded with Android smartphones. There are wide varieties of mobile companies offering smartphones at quite low prices but still people prefer this brand. Well in this case reputation and experience counts a lot. Samsung is there in the mobile industry from a very long time and is perfectly aware about the growing needs of customers. Therefore with every launch they come up with something new and their innovations are liked by the customers. Yes, we are talking about Samsung, the company which took over Nokia, which at sometime was the biggest mobile company of India. What does Samsung has which other brands fails to acquire? Lets us find out.

Social media is a very important part of Samsung’s strategy. They have a strong presence on Facebook, Twitter as well as YouTube on the name of their social media strategy.

Samsung on Facebook: When you will open Samsung’s Facebook page, you will notice that Samsung has more than 3 Million fans and their cover picture clearly indicate about the latest upcoming launches of Samsung.

Scrolling down will lead you to the posts being shared by Samsung on this fan page. Samsung does not allow anyone to post on their page. But customers can comment on their posts and give feedback also. They are quite regular with their posts and normally they get huge comments on each of their post.

Their fan following is increasing day by day and this graph represents flow of increasing fans on daily basis. 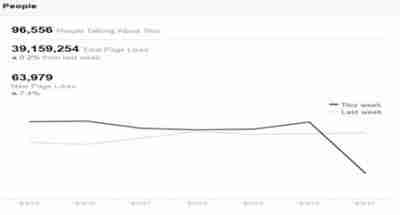 Samsung is not only ruling through its Facebook page but it also holds a good fan following on Twitter as well. Frequency of posts here is quite high. 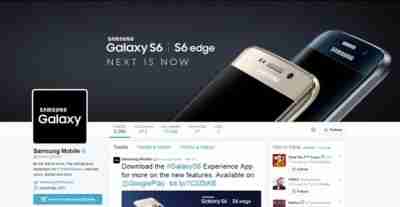 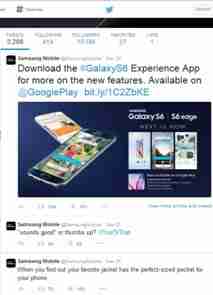 They are constantly making efforts to retain their stardom and for that they have to work really hard as when it comes to social media marketing this will help them in generating good revenues and will also help to make a strong impact on users and followers.

Various brands are using social media platforms to promote their products but management is something which creates the difference. Samsung should be more engaging and clear about their posts and tweets. They should indulge in conversation with their followers via commenting and replying to the comments being made by the followers. This will help to retain the interest of fans on the page. Apart from that there are many more things which Samsung should learn and implement in their social media strategy.