Roposo is an online fashion discovery platform that employs a proprietary recommendation engine to match shoppers. Founded by Avinash Saxena, Kaushal Shubhank, and Mayank Bhangadia in 2014. Roposo is a platform where you can discover and shop trending fashion items from every store on the internet, and share what you love with others.

Mayank Bhangadia, Avinash Saxena and Kaushal Shubhank are the founders of Roposo. All three of them went to IIT Delhi for their graduation. Their previous venture was Giveter that provided unique insights on consumer behaviour, product development, dynamic capabilities and network economies. 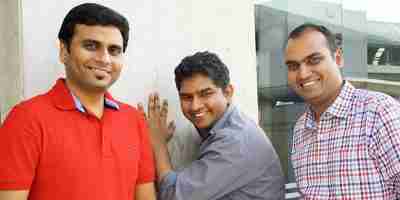 Within no time, Roposo evolved into a large network of fashion enthusiasts. Roposo tries to reinvent itself by choosing between the social selling space and strategically focusing on further cementing its base on pure-play social networking.

Roposo has raised 21 million Dollars of funding till now in 3 rounds of funding from 4 investors.

Roposo started with seed capital of 1 million dollars invested by Binny Bansal(Co-founder of Flipkart) and India Quotient. In March 2015 in the first round of funding the company raised 5 million dollars from Tiger Global Management.

In the same year in the second round, Roposo raised 15 million Dollars from existing investor Tiger Global Management and  Bertelsmann India Investments.

The essence of the campaign remains that an individual need not necessarily be a celebrity to have followers or get popular, Every Roposo user can be a star. The campaign also educates the users about the app interface so that every user could enjoy a seamless experience after they have signed up on the platform.

With a growing community of 4 million users, Roposo has become the new fashion destination of the country. Roposo offers a unique blend of fashion and social networking which engage its users thoroughly and motivate people to showcase their creative side.