ScoopWhoop Media is an Internet media company from India. The website was initially started as a content generating and sharing website but now the company has also begun serving as a news portal. ScoopWhoop was founded in August 2013 by five co-founders Rishi Mukherjee, Saransh Singh, Sattvik Mishra, Suparn Pandey and Sriparna Tikekar. 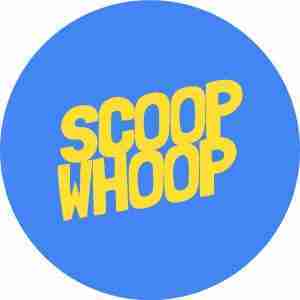 All the five co-founders of ScoopWhoop are alumni of Indian Institute of Mass Communication. Initially, ScoopWhoop was as a side project in addition to their day jobs as Sattvik, Rishi, Saransh, and Suparn were colleagues at Webchutney and Sriparna was working at the advertising firm McCann Erickson.But after the website’s initial success they all left their jobs and began to fully devote their time to ScoopWhoop in November 2013.

ScoopWhoop runs three different publications, ScoopWhoop, Vagabomb and GazabPost for their Hindi and English Customers. The company has some of the most creative writers and one of the reasons of ScoopWhoop success is the content that they create.

ScoopWhoop revenue model is native advertising and sponsored stories. Some of the company’s clients are Some of our clients include Pepsi, Godrej, HUL, Budweiser, MakeMyTrip etc.

ALSO READ  [Case Study] Mypoolin - Your one stop place for all payment needs.

Revenue of the media and entertainment sector in India is around 100,000 crores where digital advertising accounts for Rs 4,350 crore. Digital advertising is the fastest growing part of the business and this is where ScoopWhoop operates. The company earned the revenue of 11 crore rupees by March 2016 and is able to manage their day to day fund now.

As discussed earlier the scale of digital marketing in India due which bunch of content-driven websites have arisen over last few years. Other such websites are The Quint, DailyHunt, and InShorts. These three are the top competitors of ScoopWhoop.

In last four years since it was set up, ScoopWhoop, also called the ‘BuzzFeed of India’, along with offshoots Vagabomb and Gajab Post (Hindi), has 30 million unique users. The company has around 380 Million monthly content views across all platforms and 180 million monthly video views. ScoopWhoop’s 70 percent of the audience is between 18 to 30 years of age group.

ScoopWhoop has been criticised for being socially insensitive during the Nepal earthquakes. It posted an article titled “16 Thoughts That Went Through Everyone’s Mind When The Earthquake Happened” which was considered capitalizing on human suffering.However, they later apologized for it and used their news portal to give continuous updates on the earthquake.They also urged their readers to contribute to the Nepal relief fund.

On March 27, 2017, a former employee of ScoopWhoop file a FIR in Vasant Kunj police station in Delhi alleging that she was sexually harassed at the workplace in the two years that she worked there