Inshorts is one of the highest rated Indian news apps. It provides news, info-graphics and blogs and summarize them in 60 words. It was founded by three IIT dropouts in 2013 and started as Facebook page. This  is a Delhi-based company that is known for its content discovery and distribution. The application is available for Android Phones from 2013 and for iPhones it was available since 2015.

Three IIT Delhi Classmates Azhar Iqubal, Anunay Pandey, and Deepit Purkayastha created a Facebook page in March 2013 with the name of News in Shorts. They used to post summarize news article on this page. The page got popular among the students and generated interest among the people. 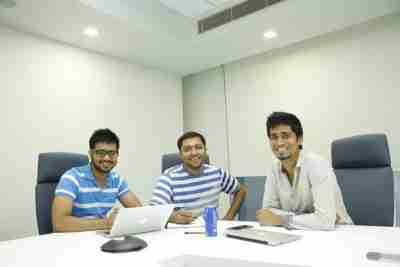 Few days later they were admitted by Times Internet-backed TLabs startup accelerator.The company launched its Android App in 2013 and after two years in 2015 launched app for iPhones.

In 2015 the company rebranded as Inshorts from News In Shorts as they were not wanted them to restrict just at news and want to explore in Infographics, videos and blogs.

In February 2015 Series A funding for the company closed with $4 million being led by Tiger Global, Rebright Partners, and Flipkart Founders Sachin Bansal and Binny Bansal.

Series B Round of funding closed in same year and closed at 20 million dollars ld by existing investor Tiger Global.

In october 2015 Inshorts acquired a Bangalore based web analytics company named Betaglide. The company created Retention.ai which tracks the uninstallation of apps to help with customer retention, the technology for which was incorporated into Inshorts.

Inshorts, a news app set up four years ago, the business model of Inshorts is very simple. Their main aim is to create a buzz and get readers to spend five minutes on the app daily. Inshorts is aggregating the news through push notifications to its more than 4 million subscriber today.

Inshorts tells its subscribers  what, where, why, when and a how of all important news of the day in less than 60 words. The brief content is linked to the original story for the people whole want to read the whole story. Inshorts is targetting the those people who don’t want to track whole news stories but want to take a look once a day.

Currently, the android app has around four million downloads. It is rated 4.6 on Google Play, which,is the highest among all news apps across play stores globally. According to the web analytic companies it has the third largest android market share in terms of number of active users in India, after The Times of India and NewsHunt.