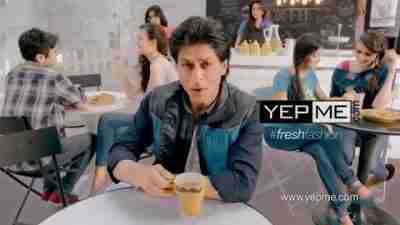 Yepme.com was launched by Vivek Gaur, Sandeep Sharma, and Anand Jadhav. YepMe was initially launched for men’s apparel only but soon expanded to fashion apparels in the women sector and soon started to deal with women’s apparel too.The company serves in more than 1000 cities in India and delivers more than 5,00,000 units in a month.

Vivek Gaur is co-founder and CEO of the company. Vivek has worked in multiple multinational companies before starting Yepme. He got e-commerce experience from bagittoday.com and worked in senior marketing and sales position in HT Medial Ltd, Living Media LTD., and Hindustan Unilever LTD.

Sandeep Sharma is co-founder and COO and CTO of Yepme. He is the person behind operations and e-commerce technology of the company. Prior to this Sandeep has worked with Accenture, HCL and SBI capitals.

Anand Jadhav is the president and third founder of the company. He is expert in merchandising and supply chain. Prior to that he has worked with many merchandising companies like Shopper’s Stop, Pantaloon, and Reliance Trends

Yepme in total has raised around 90 million dollars in 5 rounds of funding from 6 investors.

Series A: In Series A round Yepme raised 12.7 million dollars from a group of investors like TC Capital, Helion Venture Partners, Capricorn Investment Group etc.

Series B: In this round held in September 2015 the company raised 75 million dollars from single investor named Khazanah Nasional

In April this year in another venture company raised around 700 thousand dollars in bridge funding by issuing optionally convertible debentures to Kolkata-based Rainbow Digital Services Pvt. Ltd and Noida-based ILearnFinance Academy Pvt. Ltd and in May Yepme.com has raised 45 million dollars from Gokaldas Exports Ltd.

Yepme is a fully-fledged private label fashion brand which specializes in the sale of men’s and women’s garments and accessories on the internet. The company has built a business that runs on something called ‘Fast Fashion Model’. Under which, the idea is to keep their online store fresh and exciting daily by displaying fresh Fashion merchandise.

The platform also has a section called ‘Lookbook’ and a ‘Blog’ to keep you updated about the latest fashion trends that are running in the fashion markets across the world and how they would look like on a person.

Overall, their targeted audiences are two kinds of customers

Their focus was more on the style conscious Indian men & women around the age of 20 – 29 years specifically for the youth customers based in the tier-2 and tier-3 cities, where the bigger brands did not have many stores.

Several Yepme employees alleged in February that salaries were not paid for several months and people are forced to resign the company without proper compensation.

Case Study on Mobikwik : Mobile Recharge and Bill Payment Made...