Urban Ladder is India’s one of the fastest growing furniture e-tailers. This Bangalore-based startup owns processes end-to-end, which means they control everything from the selection of wood and designing the furniture to the delivery of the purchase. Urban Ladder provides furniture, lifestyle and home decor products.  Urban Ladder is a one-stop shop for every kind of furniture needs. 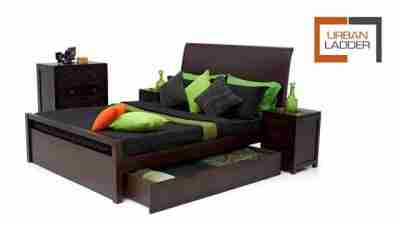 While both the founders Ashish Goel and Rajiv Srivatsa were brainstorming over all the potential ideas on which they can start their own business they decided to move to Bangalore. After moving to Bangalore both their houses were without any kind of furniture due to the lack of trusted furniture brands, online or offline. That is when it stuck to them the need of a well-branded furniture marketplace in India.

Urban Ladder received its first funding from Kalaari Capital in May 2012. Kalaari Capital invested 1 million dollars immediately after that Ashish and Rajive launched their first venture in July 2012, Urbanladder.com.

Since then Urban Ladder has managed to raise 92 million dollars in the Series of 5 rounds from 8 different investors.

Series B: In this round Urban Ladder raised 21 million dollars from existing investors Kalaari Capital and SAIF Partners and Steadview Capital.

In the latest round of funding held in February 2017, they raised 1.02 billion dollars from ABG Capital and other existing investors.

Urban Ladder is an online e-tailer for furniture and home decor products. The company delivers and installs all the products it offers providing end to end furniture solution to its customers. But unlike its competitors which operate as marketplaces, Urban Ladders owns processes end-to-end, which means they control everything from the selection of wood and designing the furniture to the delivery of the purchase.

Urban Ladder has won several national and international awards since its inception few of those awards are.

In the year 2012 three companies were born with the same objective of being number one online marketplace for Home decor and furniture. In Jan 2012 Pepperfry started its operation following Fab Furnish and Urban Ladder.Today PepperFry and Urban Ladder are the frontrunners in the race. Even though UrbanLadder has raised more funding and has more yearly revenue,

Today PepperFry and Urban Ladder are the frontrunners in the race. While UrbanLadder has raised more funding and has more yearly revenue but Pepperfry has expanded their wings not only in the online but offline market also and has a huge customer base across the nation.