BookMyShow is ticketing platform for cinemas and events around the country. It is a flagship brand of Bigtree Entertainment Pvt. Ltd. BookMyShow’s operations are handled from New Zealand. It provides ticketing source for all the major events across 87 cities in India and 400 cities worldwide from 4 different countries. 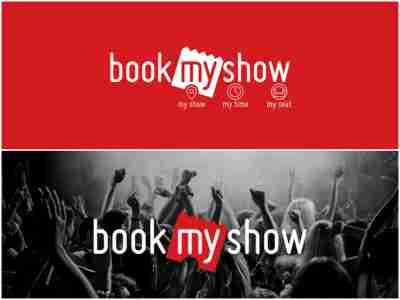 BookMyShow was launched in August 2007 and now has become biggest ticketing portal in the country. Before that BookMyShow’s parent company Bigtree Entertainment Pvt. Ltd was into providing solutions to other company for Customer Relation Management. Then with the help of Network18 investment BookmyShow came on board.

After its launch in 2007, BookMyShow became popular among the people and became the first choice for online ticket booking for cinemas and other events in India. On top of that in 2010. They became official ticketing partner for Mumbai Indian, Delhi Daredevils, and King XI Punjab for their matches in one of biggest yearly sporting events in India IPL. Later BookMyShow also joined hand with another team from the event Pune Warriors. In 2011 they became exclusive ticketing partner for India’s first ever Formula 1 race. After the huge success of the event, BookMyShow remained the ticketing partners for The Indian Grand Prix for coming years also.

In Feb 2012 BookMyShow launched its mobile application for both Google Play Store and App Store. The app has more than 10 Million downloads on Google Play Store till now with ratings of 4.3/5 majorly due to its ease of use and hassle-free ticket booking experience.

In Dec 2013 BookMyShow sold its highest number tickets for a super hit Hindi movie Dhoom 3. They sold 2.2 million tickets for this movie. In July 201

In July 2companyapny raised the highest single funding of Rs 550cr from Stripes Group. In December this year, they updated their Android app with cool features like Split Costs and split tickets.

BigTree Pvt Ltd. got its first big investor in 2007 when Network18 invested their idea of online ticketing platform. After that in 2012, Accel Partners invested Rs 100cr in the company. Saif Partners Invested 150 cr rupees in 2014 which took the company’s evaluation to 1000crs. Then, In July last year company raised its highest single funding of Rs 550cr from Stripes Group.

BigTree Entertainment’s first big acquisition was in 2013 when they acquired Ticket Green a Chennai based an other online ticketing company. Then in 2015, they acquired a Banglore-based social media analytics firm Eventifier.

BookMyShow has built a huge social media presence over the years. They have 7.3 Million Likes on their Facebook page and more than 4 lakh Twitter followers. They have impressive social media management they engage with their audience time to time and keep them posted about the upcoming events and movies.

The main aim of the company is to provide best movie experience in the country and for this it has to maintain its brand awareness. In order to maintain the brand awareness, the company has spent heavily on digital media marketing. Its presence on social media is the result of that and they are also ticketing partners of IPL teams which helps them to have their logo printed on the team’s kits.

After its inception in 2007, BookMyShow became India,s biggest online ticketing platform. Here is the list of few achievements by the company.