Hike Messaging app is the cross platform instant messaging app for communication on the internet. Hike was launched in December 2012. It was a joint venture of Bharti Enterprises and Softbank. It is a free software available on various mobile platforms founded by Kavin Bharti Mittal. It is one of the first instant messaging app made in India. 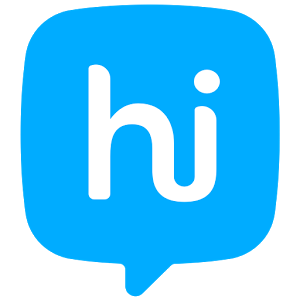 Hike messenger can be downloaded i Google Play Store and Apple’s App Store and you can log in through your mobile number and chat and share pictures and videos with your friends and family.

Hike constantly working on user engagement and adds new features promptly according to the festivals and famous days. For example on March 2016 Hike announced a feature called Hike Smell added as a prank for April’s Fool Day.

Hike uses 128 Bit SSL Encrypted firewall server for exchange of data. Hike does not save any data on their server so nobody can track back the messages you exchanged.

The journey of Hike App:

Here are some key points of Hike’s journey so far.

Though it was very tough for any company to even dream of competing with the app like WhatsApp.Hike has managed to create their own market by periodically updating their system. Hike’s unique and interactive features help it to penetrate into WhatsApp users and pulled them to use Hike.

Integrated Reward Program: Hike introduced a unique reward based referral program under which a user get Rs 20 for each successful referral and Rs 15 for adding a new user. This reward money could be redeemed for talk time for your phone.

TV Commercial: Hike ran a full fledged marketing and brand campaign across TV, radio, and Cinemas. The tagline for one of their TV ad was “Hike up your life” to convince youth to download the Hike app.