Bajaj Electricals is an Indian multinational company dealing in the business of illumination, transmission line towers, and rural electrification. Bajaj Electrical Limited(BEL) is world-renowned and trusted company with a turnaround of 4298cr in last financial year. It is a part of Bajaj Groups. Bajaj electrical have 19 branches all over India and have 462 customer care centers. Let’s talk about Bajaj Electricals Ad campaign. 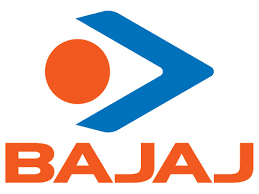 The main aim of the campaign is to show crucial role played by Bajaj Electrical in the electrification of rural parts of India. This is the first campaign from the Bajaj Electrical to aware the people about their role in Infrastructure building of the country.

The campaign includes three Tv commercials based on three different stories set in remote areas of India where the electricity has still not reached. Here is the summary of three Ads from Bajaj Electrical Ad campaign.

All these stories are inspired by real life incidents and show case the magic of light which is also the theme of this whole campaign. Apart from television, the campaign is also hit on digital platforms.

All the Ads are shown in animation to dramatized these real lives stories and animation work looks quite professional and at par with high-quality animation we see in western ads. The ad campaign connects with the audience and able showcase the motive of whole campaign properly.

In conclusion, the Bajaj Electrical ad campaign seems to be hit in public both on Television and digitally.