Not always meat lovers cringe at the thought of buying the meat from a meat trader or nearby butcher’s stall, and it’s not such mouthwatering experience when you see the meat. So Gurgaon-based startup company ZappFresh initiated to do a thing for the meat lovers. ZappFresh, a Gurgaon-based online portal providing fresh raw meat catering offers to the meat lovers. It’s main focus to ensure fresh ready to cook or eat products to the consumers direct from the farms at their doorstep. 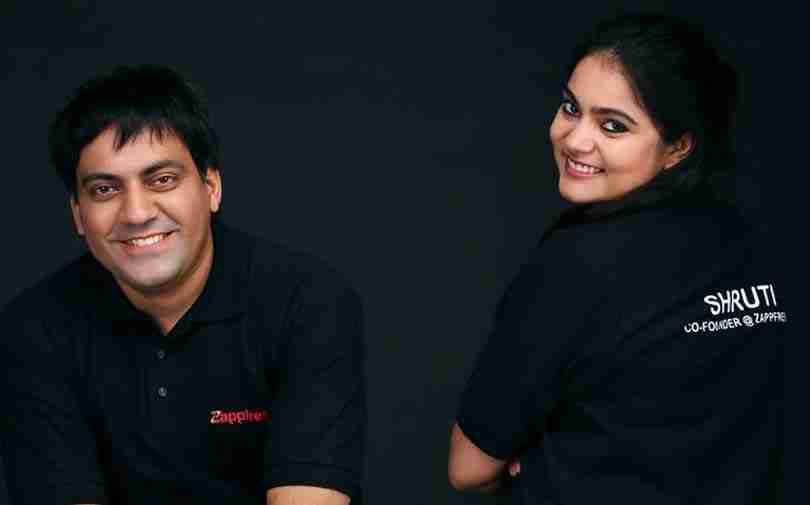 Founded by Deepanshu Manchanda and Shruti Gochhwal in July 2015, providing lip-smacking eatery products for the people craving for meat.

Deepanshu is a serial entrepreneur and hardcore foodie. He spent most of the last decade either working on startups or working with them. Deepanshu is into education venture before beginning an organic bakery called Cho’o’ Leaf in Delhi. Apart from his budding ventures Mr.Manchanda joined MobiKwik in 2013 and worked for two years.

“As a failed entrepreneur, you learn what you shouldn’t do, rather than what you should do. I learnt that the market was not ready for very niche products like the organic bakery that I had started. This time, I wanted something not-so-nice, and started researching on it,” said Deepanshu.

Meet Shruti Gochhwal, co-founder of Zapp fresh. She is an engineering graduate from Netaji Subhas Institute of Technology (Delhi University). Shruti started her label of ethnic clothes a few years ago but had to shut the store because of some health issues. Now she’s back in action with ZappFresh as a partner. Shruti met Deepanshu at MobiKwik where she spent some time at the company.

Deepanshu in an interview stated that he could have started a retail store but not interested in it. He says he doesn’t want to compete with local stalls or stores and wanted to create a professional meat-shop experience just like another fashion or other online shopping.

ZappFresh is all about fresh quality meat sourced directly from the meat farms around Gurgaon. They conduct quality checks and regular inspections to maintain high quality.

The word Zapp means speed. So they amalgamated Zapp and fresh and formed “ZappFresh” to represents the idea of delivering fresh and raw meat with a zap.

ZappFresh offers exotic meat varieties apart from whole chicken, mutton and pork like quail, turkey and duck, and pre-cooked items like kababs, chicken popcorn, marinated barbecue pieces and cold cuts like ham, sausages, and salami. They offer customers to choose a range of over 40 items to satisfy the meat cravings.

ZappFresh never compromises on the quality of food. The meat is parcelled using interesting wrappers designed in-house with a little note on them before it is delivered to the customer.

ZappFresh works on an inventory based model, and they don’t keep any stale meat.

They work on high tech platform forecasting the demand for the day and managing the inventory in-house.They leverage the best of technology to ensure there are no leftovers by the end and the leftovers go back to the suppliers or partners.

Indian food delivery market is valued around 15-20 billion dollars and has become a competitive market in India.

Licious is a noted contender to ZappFresh which also founded in 2015.

ZappFresh main focus is to reach the complete Delhi-NCR, Faridabad, Noida, Greater Noida consumers. Later they plan to expand to other cities.

“The freshness of the product is not a criterion of the industry which we are trying to achieve and maintain.”