Shopclues is an online marketplace. It was founded in 2011 in California’s Silicon Valley. Shopclues was the 35th company to enter Indian E-commerce market.  Started its operations in 2011 today Shopclues has around 700 employees across different locations in the country and headquarter is in Gurgaon.

Shopclues is the subsidiary of Clues Network Inc., a US based corporation founded by Radhika Aggarwal with her husband Sundeep Aggarwal and Sanjay Sethi. 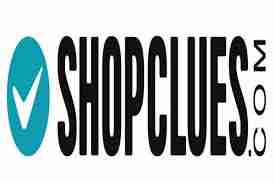 In 2011 Shopclues launched the beta version in India via social media only with a team of 10 members only.

In 2012 Shopclues raises Series A funding and ability to deliver products to more than 4000 Pin Codes within a year and total seller registration crossed over 5000.

In 2013 after one year of its public launch Shopclues launched a National Retail Heritage featuring iconic marketplaces of India and company also appointed Sanjay Sethi as new CEO of the company. By the end of 2013, the team size increased from 10 members in 2011 to 400 members.

In 2015 Shop Clues hosted a competition called “The Next Big e-Preneur” with more than 1000 entries from merchant across India.

In 2016 Shop clues crossed 100 million monthly visits and more half a million merchants and acquired a payment gateway Momoe.

Shopclues sell products under 9 different categories including Mobile and Tablets, Electronics, Men, Automotive, Computer, and Cameras etc. with more than 5 lakh sellers across India Shopclue has around 5.3 crores products worth more than 50,000 crores. Shopclues deliver products to 30,000 cities in India with help of its logistic partners. Shopclues has 3 fulfillment centers in India.

Considering the increasing trend of internet user base moving to mobile, Shopclues launched their Android mobile application in 2014 then launched windows and Ios app in 2015. Today Shopclues more than 60% of traffics is coming from mobile only.

Shopclues business model is same as many of the online marketplace. It is a business to consumer shopping platform. They charge 12% selling service fee on every successful transaction. Shopclues does not charge any setup fee to the sellers. Shopclues targets small businesses like retailers and shopkeepers and encourages them to sell their stuff online. The transaction process is so smooth that people with no technical knowledge can sell online through Shopclues. Shopclues also provide support to the sellers through helpline and emails.

Shopclues provide an ultimate platform to small sellers to showcase and sell their product all over India. Shopclue deliver products to over 30000 pin codes. So, If you are a manufacturer, a brand owner, a retailer/reseller, a franchise holder, a distributor, a professional artist/artisan or a trader, you can sell on ShopClues.

Shopclues spends heavily on its Tv commercials for awareness and branding purpose. Shopclue’s Sunday flea market and Wednesday Super Saver Bazar are two main traffic pullers for  Shopclue. They also have huge social media presence with more than 4 million likes on Facebook and more than 2 million Twitter followers. Shopclue engages with their audience regularly and also handle queries through these two platforms.

After a humble start in 2011 Shopclues has become a big brand in E-commerce market in India. With 100 Million visits every year more than 5 lakh sellers and millions of product Shopclue have come a long way with team size increase from 5 to 1000 plus in last 6 years.