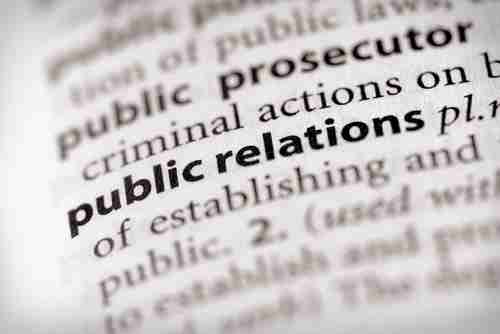 This one’s for the nerds, Business Management and Journalism students, this is something that they would never teach you at your school or colleges, nor it is in your syllabus.
Old were the days, when Public Relation was all about Press Releases, News Reports and Conferences. Modern day has seen a huge change, Corporates have turned their heads towards Social Media to get their PR done.

Social media lets us reach people more directly, through Twitter and Facebook and an ever-growing array of new platforms. It used to be B2B and B2C but now it’s B2P, with P being people. Social media cuts across channels and is all about engaging with individuals, holding conversations not relying on press releases and launches.

Anyone can set up a Twitter or LinkedIn account, but you need a strategy to make it do your PR. If you treat social media as a key part of your PR and wider business strategy you can achieve real business results. The rise of social media has also had an effect on media organisations which are now in search of unique and engaging content which will drive traffic to their websites. This in turn has transformed the role of PR. To feed the media’s growing appetite for engaging content, successful PR campaigns are now increasingly reliant on their ability to create engaging content that people want to share and talk about online. This has also forced PR agencies to work alongside and focus a lot more like creative and ad agencies.

Following are two of the successful Social PR Campaigns which are the best examples you could find.

1. ALS Ice Bucket Challenge: The PR Campaign for a good cause

Anyone who has been active on Social Media must have heard or seen videos of Celebrities taking Ice Bucket Challenge but nobody knows, Behind half of these Ice bucket challenge was The ALS Association. The ALS Association, a non-profit organization fighting Lou Gehrig’s disease, received $31.5 million in donations between July 29 and August 20 2014 compared to $1.9 million during the same period last year.
2. KFC: The Power of a Single Tweet

With 2.5 million college scholarships awarded every year in the U.S., KFC knew it had to cook up something innovative to stir buzz around the brand’s 75-scholarship Colonel’s Scholars program. That’s why KFC and Weber-Shandwick decided to do away with the tired old college scholarship essay and award a $20,000 scholarship based solely on a single tweet. Students had just 140 characters (including the hashtag #KFCScholar) to convince KFC execs why they deserved a scholarship. This PR campaign helped a lot of students like you and me to support their studies.

Ultimately, many of the best social media campaigns are those which do the basics well and continue to improve week on week through detailed analysis and taking advantage of the resulting insight to rapidly evolve the strategy.