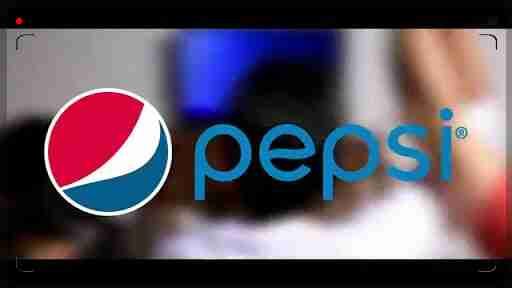 Internet is an untapped place for good content. Pepsi IPL is a social campaign, a prudent budge by the brand that unites with the new-age utopia and proffers them with an amazing prospect to exhibit their thoughtfulness. The campaign entails the users to formulate memories they can show to their bequeathed successors, transforming them into veteran campaigners.  This year, the aerated-drinks brand has unveiled the proposal to anybody enthusiastic to put forward their originality.

Pepsi’s inventive proposal calls-out to burgeoning enthusiasts to shoot an ad-film of thirty seconds articulating their admiration for Pepsi and putting across their approbation in the most inventive and genuine way possible. The ad that wins, it would replace the official advertisement throughout the Pepsi IPL8 season with a whooping Rs. 1 lakh for the finalist entries that would be also be broadcasted during the season. 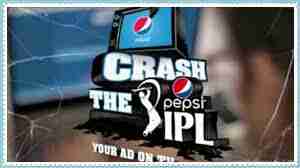 There are various advantages for a user generated campaign like this. It allows the consumers to get attached with the entire story and subsist as an active part of the brand story. Pepsi IPL is one enthusiastic game that sends an adrenaline rush in every third person’s body. It is popular and accredited by too many people. Scrutinizing the popularity, it is evident that this campaign gives leverage to the fans and IPL enthusiasts with an inventive prospect to append their involvement with the aerated-drinks brand. They also get a chance to re-construe Pepsi in their own way adding a slash of their creativity with it.

A colossal benefit for the brand is that it would have bushel of thirty second commercials shaped and produced by the fans and enthusiasts, which the brand can utilize in the future for endorsing and marketing. Another pro in line with the campaign is the winning prize. Every youngster and IPL enthusiast would crave to get his or her commercial broadcasted on the television during Pepsi IPL which is perhaps, the most viewed seasoned game series around the world. Adjoining with the enticing cash prize and the fascinating passes for the YouTube festival are a wise initiative to connect with the youth. 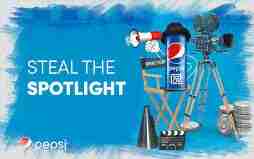 There more pros than cons related with this campaign and the mocking Pepsi campaigns have incarcerated India’s thought process time and again. But with Crash the Pepsi IPL campaign, would be an unmatched consumer rendezvous’. The first Pepsi IPL season wherein the Indian consumers will be in charge of the brand’s endorsement and advertising on a substantial platform encompassing a remarkable global audience. It is a very big challenge for the consumers and a bold move by the aerated drinks brand.

How is the campaign proceeding?

Burgeoning enthusiasts are sending their entries to get their commercial showcased during the Pepsi IPL season. There is a massive response by the youngsters. This campaign sanctions genuine admiration and creativity by the young consumers and opening up a platform for them to showcase their skills. The spirited enthusiasts and fans are leaving no stone unturned and are filming commercials to the best of their capabilities. Till now, the campaign has proved to be a hit. We are getting to witness stacks of inventive and realistic commercials with resourceful ideas that can prove to be advantageous for the brand.

This social campaign is an active part of the global Pepsi Challenge program which is perhaps, the primary socially led prospect. The objective of this program is to rouse consumers to take on various dares for remarkable experiences, prospects and rewards. It incites the consumers to take up such dares and do something different.