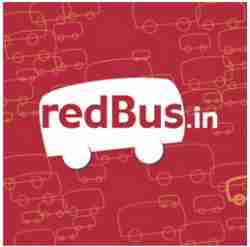 RedBus, one of the fastest growing startups and India’s largest online bus ticketing platform which provides bus travel at an ease and convenience way to millions of Indians who travel by buses. It helps you to check schedules, a select bus of your choice, Seats with just a few clicks with the mouse or taps on the phone.

RedBus became the world’s largest online bus ticketing organization having 8 million customers selling 75 million tickets globally. It operates not only in India but other countries like Singapore, Malaysia, Indonesia, Peru, and Colombia. Phanindra Sama, a Hyderabadi before co-founding Redbus with the other two members, worked as Sr. Design Engineer for Texas Instruments, Bangalore. Mr. Sama’s obsession and interest in instruments as a child made him study Electronics Engineering at BITS-Pilani.

Phanindra during Diwali of 2005 went to spend the festival in Hyderabad felt taking a bus  is the only option because of the unknown schedule. Phanindra says that he ran around town hunting for a ticket but because of the festive season tickets were sold out and reached the travel agents. Based on the different experiences with the Bangalore traffic he confabulated some key issues existing with the model:

Relying on the loopholes in the traveling options, Mr. Sama thought that Internet is the best medium to deliver all the information and make e-commerce to purchase return bus tickets.

That was the dawn of RedBus!

Phanindra also mentions that coming out the comfort zone and started facing the real world standing in front of the gates of companies marketing their products and convincing bus operators about the idea and the support.

Sudhakar Pasupunuri and Charan Padmaraju were friends with Phanindra Sama during there graduation at BITS-Pilani, and the trio shared the same apartment.

Charan worked for Honeywell and Sudhakar for IBM before the inception of RedBus. Sudhakar had some technology patents on his name.

RedBus runs on a Revenue model. The primary revenue model is simple. It charges commission from the bus operator on every ticket booked through their platform. The commission is approximately 10-20% based on the value of the card being sold.

RedBus started with Rs 500,000 with the saving of the trio co-founders. They work started in a room of his house they call it an office. The trio went to TiE, Bengaluru with the business plan and TiE allotted them three mentors to guide on the project. The first year they were with zero profits. In 2008, their company became a huge success with a turnover of INR 5 crore. By 2009, the company grew six times with the turnover of INR 30 crore. In March 2010, it was a smashing 60 crores, and now with 2 crore users and 30,000 plus outlets making avail for 80,000 routes with 2300 bus operators in 24 states, and stood as India’s largest online bus ticketing organization.

RedBus crossed 10 million in selling tickets by July 2012. They sold to Ibibo group for $110 million. By mid-2015, Ibibo rolled out the RedBus in Singapore and Malaysia to book inter-city bus tickets within their respective countries.

Until June 2013, RedBus was venture funded and with the total of $10.1 million funds.

And it is acquired by the Ibibo group. With the deal rumored to be $137 million but still, Redbus continue to operate independently.

TicketGoose.com is the number 1 rival to the organization,

RedBus banks on social media platforms to approach differently to the users and mostly keen on the self-promotion of their brand. The Facebook page has huge 1,000,000 fans with average likes of 500 followers on a post and 5000 plus followers on Twitter. It has 24000 and more followers on a LinkedIn page.