SMAAASH is one of India’s acclaimed gaming and entertainment centers that provide interactive and innovative social experience for family, friends and children alike. Founded by Shripal Morakhia in 2012 Saaamsh entertainment centers provides the perfect ambiance of sports, virtual reality, music and dining across the country. It provides an unmatched range of activities ranging from highly interactive sports simulators to many more thrilling and recreational attractions. With its current presence in Mumbai, Gurgaon, Hyderabad, Bengaluru, Noida, and Ludhiana. Shripal Morakhia founded Saaamsh in 2012. University of Pune Alumnus Shripal is a seasoned serial entrepreneur who was behind institutional brokerage firm SSKI and retail brokerage firm Sharekhan. Smaaash is his biggest bet, with operations having begun in 2012 with its first center of over 40,000 sq ft in Mumbai. 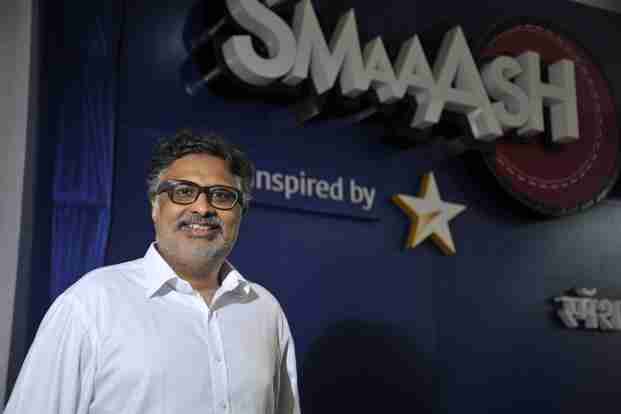 This is what Shripal Morakhia has to say about Smaaash “In SMAAASH, there is a feeling that we have cracked a space which has tremendous latency and yet is almost unexplored. I believe that we have put most of the building blocks in place and now look forward to an elevated level of performance on all parameters,”

Here is the complete breakdown of the fundings raised by Smaaash in each round of funding.

Started its operation in 2012 MAAASH Entertainment Private Limited is currently managing over 600,000 square feet of area in India. Smaaash owns and operates digital entertainment centers for sports such as cricket, football, go-karting, bowling as also virtual games in 30 centers across India along with the US, China, and the Middle East.

According to the company’s filing in 2017, Its operating revenues almost doubled to Rs 103.26 crore in FY17, while losses increased by a third to Rs 32.88 crore. The firm is also planning on furthering its physical presence in both domestic and international geographies and also looking to venture into the online gaming market with augmented reality technology.

Smaaash has appointed the biggest name in the sports as its brand ambassador “Sachin Tendulkar”. Sachin has been an integral part of the SMAAASH family since its inception in 2012. In his own words, ‘The advanced simulators at SMAAASH are fascinating and are very close to the real-life experience’. The firm is also associated with one of the biggest sports network “Star Sports” in India. Smaaash has some big competitors in the gaming market with the big names like Nazara Technologies Ltd. which has acquired 55% stake in NODWIN Gaming and Also Passion Gaming, which owns and operates online gaming startup RummyPassion. Other big names in the business are PlaySimple, Flixy Games, GameXS, RedMonsterGames and more.