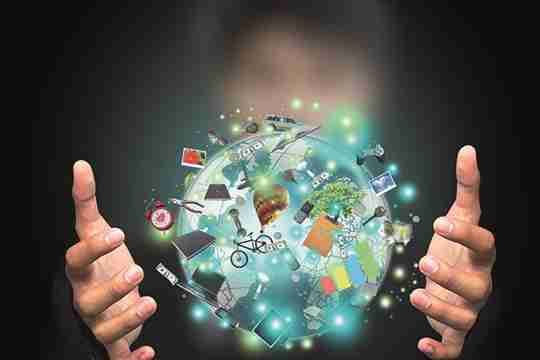 Sounds like future technology is just a blink away. And it seems like industrial technocrats are opening a time capsule filled with the most advanced technology for future performances. It is so surprising to see the changes in technology development that take place.

The great Nostradamus spine-chilling prophecies never went wrong and proved it with the utmost correctness. Feel like history spoke a lot about the present-future technologies that curates for access into the portal of the future.

Understanding and learning about technology need considerable attention, enthusiasm, and belief, and so comes the future technology. From the invention of the bulb to significant innovations like the wired phone to touchscreen displays and Mark Zuckerberg, everything that took a big leap. We ordinaries cannot imagine what may come with digitalization and technology. But brain powers of the technology got every possible thesis for building technologies unprecedentedly for us.

At the brighter side the increase of power of technology to the world is good until it heeds the rules like Isaac Asimov, Three Laws of Robotics says-

21st century took an unexpected change in various fields and made something can happen that leads to future technology. Technology expertise started prophecies and predictions on the future and its technology. No wonder soon the fantasy Tesseract comes true, making us travel through space and time just like in Wrinkle in Time or another sci-fi, besides planning to tour in the Mars.

Some of the wildest predictions was happening lately after the Big Four Technologies happened to create the most advanced technologies to the people. The past used to say Albert Einstein is insane, but the present call him the trailblazer, the future might call him the demigod-ish.

No wonder we are in the cusp of technology, that is all set for the future launch and accepts the most of it in our daily basis. As of now lets, see the wicked future technology predictions that etch the next decade.

The invasion of planets started when the man stepped onto the Moon.

Touring in ‘red planet’ is obviously possible and bringing particular possibilities to make it happen by 2030 by government space agencies and private companies. No wonder the eponymous hero titled John Carter movie going to be real soon.

NASA is planning to put a manned craft on Mars in 2030. Many predict the possibility of building colonies with people, or touring and maybe as a permanent place holder. The journey to Mars is estimated to be over a year or least 245 days based on the scientific calculations.

But certain practical hurdles are daunting the scientists like somethings which are not under human control like solar storms, and cannot guarantee whether computers support in the planet.

2. Robots and AI- The perfect couple

The Artificial intelligence(AI) is approximately 65 to 70-years old, but the full throttle came into existence in recent years to power up the business strategies. The computer took a great reshape with IoT and robots and more.

Japan uses several models of robots in nursing homes and acts as humanoid guides. But recent studies state that the use of robots and humanoids can take control of human lives, making it worse to us by destabilizing society.

From Star Wars to Tony Stark, every movie showed us the paradigm of a hologram. But the future technology predictions says, by 2030, the holographic displays will be a common thing in smartphones. Future mobiles and digital communications infrastructure will recognize phones and their owners wherever they travel.

Other anticipated prediction will be of battery and power capacity. In the future, the technology might be useful to develop batteries that could last for weeks in multiple ways like using sunlight.

The next decade you might probably see the era of the ‘dumbphone’ where the user carries a basic handset with almost processing done on the cloud.

4. Internet around the planet

One of the future technology predictions is the internet of the future than to be delivered around the planet. Amazon Founder Jeff Bezos intends to put 3236 satellites in low-Earth orbits to transmit internet around the globe. The project is named as “Kuiper”. The project will be competing Elon Musk’s SpaceX project on Starlink that beams a 12000 satellite constellation around the Earth.

The Internet Society, a non-profit organization, identifies the internet revolution as the nine forces like future of marketplace and competition, AI and ML, digital divides, the impact of cyber attacks and cyber crimes, culture and human interactions and more.

One more future technology that can change the field is Education. By 2030, Education will be more focused to sustain and develop goals. The reason is as the technology is taking advanced the possibility of abstract thinking, finding solutions to the problems should be designed creatively instead of letting the humanoids do it for us to generate more jobs.

In the future, rote learning will be useless. For instance, Virtual Reality can bring a more advanced mechanism in finding learning more creative and interesting.

Soon, Google, with the help of 3D AR, is helping students to learn their sciences more exciting.

6. An uncountable swarm of Drones

Drones may likely leverage future technology. These crewless aerial vehicles are more likely to take a surge in the future.

The potential use of drones being explained by the experiments from Amazon working on with the drones for deliveries to a startup in Bengaluru working on drones to deliver medicines to remote places and hilly areas.

The 3D usage might take a different tweak in the future. The usage of 3D printing of building an object layer by layer happens with future technology with raw materials like plastic and metals.

The advanced technology allows printing everything , be it a house or customized food to small parts of coral reefs. Yes, coral reefs and you heard it right. As the oceans become warmer due to the climate calamities, the corals eject colored algae and turn white before dying. The fake 3D-printed corals may be a new and better way to get back the reefs. And there is a possibility of installing 3D reefs in the oceans where scientists are waiting eagerly to watch the effects of it.

Commuting will be a total change in the future. With the help of future technology, mobility will be more comfortable and reliable. People may use modes of transport that even think they do not exist — for instance, Flying taxis and hyperloop systems.

Uber Technologies are orchestrating flying taxis as a part of Uber Elevate program with the electric aerial vehicles capable of vertical take-off and landing.

The Hyperloop system is proposed by Elon Musk to build its commercial version first competing along with the other three companies. The system involves pods moving swiftly through the tubes from where the air has been emptied at vacuum levels with the reducing friction.

The term ‘Shopping’ took a better reshape in the 21st century, a shout out to online shopping. In the future, every vendor uses machine learning technologies. There are chances that groceries will be delivered at your doorsteps with the payment docked automatically. The holographic displays will take the lead while shopping or searching for a product you prefer to buy.

People in the future will have hospital services at their homes for convenience. Portable versions like scanning machines, Wearable devices monitor patients round the clock by uploading data to the cloud with secure electronic health records. The new sophisticated diagnostics will become handy for the people.

Hospitals will be a hub for quick diagnostics and treatment with the sophisticated technology with a single scan and help to check the patient condition at one go.

The future is highly predicted with the technology developing more gizmos that are beyond our present-day maturity levels. More gizmos will be unveiled for our petty routines making us even lazier. The science of technology is unpredictable, with the parallel effects of the pros and cons of technology.

From passing the Flintstones-age to entering into the The Jetsons-age humankind is making the unicorn fantasy comes into reality with future technology.

How To Master Marketing On TikTok?

10 Steps To A Beginners Guide To Successful Email Marketing