Teenagers are full of dreams and many adventures and also a perfect crossroads to choose who you are or who you want to be. The days were bygone where everyone stopped being like a sheep, following the tedious paths or careers just for surviving purposes. The current trend is being odd, innovative, and independent following their escapades.

Proud to claim that most of the successful startups and young entrepreneurship wizards are rooted in India and lauded globally for the use of brains and technology paving access to the enhanced version of future marking India as the most important country in taking the lead and development of the future.

Meet the young self-made millionaire Entrepreneurs of India who started their careers at a young age while others are in a pool of enjoyment with their teenage life. These entrepreneurs led themselves with unusual interests and became catnip for many aspiring young brains trying to be one of a kind.

Shravan Kumaran and Sanjay Kumaran are the youngest entrepreneurs of India. They co-founded the company called ‘GoDimensions’ a development unit in 2011 at their home at the age of 10. The tech-savvy brothers’ passion towards the software leads them into building 11 applications for kids to play, out of which 7 apps are avail in Apple’s App store, and 3 apps for Google’s Android Play store and the latest one is their first app in the New Windows Mobile store.

Colour Palette, Alphabet board, Catch Me Cop, Prayer Planet, ETC are popular apps in the stores. At the age of 10-12 who would care about the backend process of the games? But these two prodigies set a different dimension by creating game apps. Perhaps, these two became the young speakers at a TEDx conference and gave various presentations includes IIM-B. The company claims to have more than 36,000+ downloads.

Advait Thakur is a computer programmer and Teenage Internet entrepreneur. Thakur is the CEO and founder of Apex Infosys India at age 12.

His life story is entirely different from other kids. He started using computers at age 6 and launched his website at age 9. Not only as a successful tech entrepreneur, but this whiz kid is also working with Google’s AI and Cloud platform and is a Google, Bing, and Hubspot certified Professional. Wikia’s Young Entrepreneurs Under 20 list of 2017 positioned him at 4th place. Apex Infosys India is primarily involved in AI, ML, and IoT Sector that provides Digital Solutions.

At 14, he developed “Technology Quiz” an app to help kids learn about Science and Technology. During his school year, he worked for the NGOs name Satish Haware Divyang Centre & Beautiful Tomorrow foundation. Advait developed an app “Autism Awareness” for Google Assistant which helps people to learn about autism and other related disorders and their symptoms.

Not all kids have the passion or courage to do something out of the box. Some have the potential to show the world about who they are and want can they create. Arjun Rai is a potential guy with lots of perspective towards life and was more focused and determined.

Arjun became COO of a fast growing online advertising company in 2010 but left it and eyed on a startup with Odysseys Ads offering solutions for the 21st- century marketers. He started two successful startups called “The BizDen” and “FuelBrite.com”. Arjun ventured into the tech space and raised a seed investment to develop a startup called “Canvs+” which regarded as one of the leaders in visual project management. 21-year-old Arjun became a self-made millionaire who started his career at a very young age and became an inspiration to many startups in India.

Farrhad is a passionate dude who is simple and got a clear vision of what he wants to be. At 13, Farrhad borrowed about Rs 1,200 from his father to build an online community. At 16, they borrowed Rs 500 to buy an online domain. By 17, he was interviewed on CNN.

To start a Web Developing Media Firm coined as “Rockstah Media” a company for Web development, Advertisement, Branding and Marketing he sold his initial business idea to a fan for Rs 25,000. Today, at the age of 24-25 Farrhad became one of the top successful entrepreneurs of India. One of the awe-inspiring moment is that he is the youngest guest lecturer in IIT Kharagpur’s Annual Entrepreneurship Summit and also a TEDx Speaker.

There is no need for an introduction about Ritesh Agarwal, the brainchild of “OYO Rooms”. Ritesh (25), is the star of the online marketing industry who started his career at the age of 17. The idea of Oravel Stays the former name to OYO is to provide a budget hotel for a budget traveler. Started with 11 rooms in a Gurgaon hotel, today OYO has more than 65000 rooms in about 5500 properties across 170 cities in India.

Ritesh has been named as the top 50 entrepreneurs by TATA’s first dot awards in 2013 and has been named as one of the 8 hottest teenage startup founders in the world by a BusinessInsider in the year 2013. At the age of 17, he is recognized as the World’s youngest CEO.

One of the youngest ‘ethical hackers’ in the country, Trishneet Arora started his company “TAC Security” in 2013 at the age of 19. The India-based company performs Vulnerability Assessment and Penetration Testing for Corporates identifying weaknesses in their cybersecurity. He received funding from angel investor Vijay Kedia and support from former VP of IBM, William May.

Arora was listed among the 50 Most Influential Young Indians by GQ Magazine. Mayor of Santa Fe, New Mexico proclaimed “Trishneet Arora Day” on August 25, 2017. At the age of 25, Trishneet is an author, a self-described friendly hacker, and the most successful Entrepreneur of India.

Azhar Iqubal, Deepit Purkayastha, and Anunay Pandey, the young entrepreneurs who co-founded a news app “Inshorts” formerly called as News In Shorts in 2013. The trio were dropouts from IIT when they started the application. The 24-25 something old guys came up with the idea of curating news short and crisp which aggregates news and other contents in 60 words or less. The company has more than 5 million downloads and recognized as the highest-rated Indian news application.

Keshav Bansal, 26 is the youngest IPL team owner of Rajkot-based Gujarat Lions. Keshav is the director of Intex Technologies. In 2016 he was named as #9 among the 50 Most Influential Young Indians by GQ India. Keshav’s net worth is estimated to be 90 Crore and became one of the richest young entrepreneurs in India.

Indian-born American entrepreneur, Kavita Shukla founded “Fenugreen” which costs little more than a school science project. The concept is of re-creating and infusing the spices into sheets of paper creating her paper blend. The company is based in Columbia, Maryland, and transformed into a spice-infused FreshPaper where it keeps food fresh by inhibiting bacterial and fungal growth. At 17, she spent $1500 which she won at science fairs to obtain a patent.

Sreelakshmi Suresh, the youngest web designer, and CEO in the world won many accolades for establishing “eDesign” at the age of 10, a venture that offers SEO, web design, and other web-related services. She developed over 100 websites for renowned organizations and Institutions.

The successful entrepreneur stories these young brains wrote are marvelous and influential. They broaden their horizon, proved their guts and the out of box innovations gained them many applauds and recognition worldwide creating a grass-root for many aspiring entrepreneurs of India. 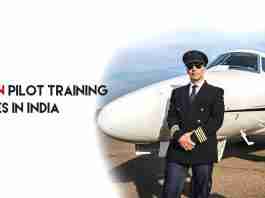