There’s an inevitable reversal of roles for all of us in life – a son becomes a father becomes a son. The complete man understands the emotional value of the cyclical nature of life. For decades now, Raymond has always brought alive the timeless values of the Complete Man with memorable and poignant stories. And once again, they have launched a new ‘Complete Man’ TVC that takes us through the heart-warming journey of how a father-son relationship evolves over time.

Stepping into your father’s shoes is not just about growing up, it’s also about becoming a ‘father’ to the man who once brought you up. The film revolves around one fleeting moment of bonding where a father bends a few rules to give his son a surprise wheelbarrow ride and through the spontaneous joy of that moment, we travel time – to a few decades later, where there’s a reversal of roles! The son, now all grown up, returns the surprise ride to his ageing father who’s now on a hospital wheelchair. The seamlessness of this reversal is a shortcode for the fact that every stage and moment in life is transitory, but the real celebration of life is in remembering them and reliving them.

The film was conceptualised and scripted by Grey India and directed by American director Rudi Schwab. The visual storytelling approach is sensitive, underplayed and honest with an emotional intensity that’s real and palpable. The film chooses to almost suspend extraneous elements in the narrative to draw the viewer intimately into this special bond that they have and the joy of the moment.

‘It’s always challenging when you need to engage the viewer emotionally in a passage-of-time story, even more so when you need to crunch it into 45 seconds. I think this story says something very important to all of us. We live in frenzied, fast-paced times and easily overlook the value of reliving and giving back some joy to our ageing parents. If this film makes someone pause and think a moment about an elderly parent, it would have done its job.’, says Sandipan Bhattacharyya, Chief Creative Officer, Grey India. 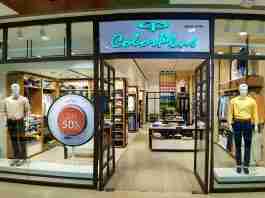 Love comes in many colors – as showcased in this Valentine’s...