Droom is India’s online market place to buy or sell new and used automobiles.Droom offers a wide range of categories in automobiles and all automobile services such as warranty, RSA, insurance, and auto loan. Droom was founded in 2014 by Sandeep Aggarwal. It is Singapore Holding Company with its subsidiary in India and United States. Sandeep Aggarwal has an MBA from Washington University in St. Louis and Bachelors in Commerce from Kurukshetra University from India. Before becoming a successful entrepreneur Sandeep gathered 16 years of global experience in business operations, strategy and investment, focusing on Internet and technology. 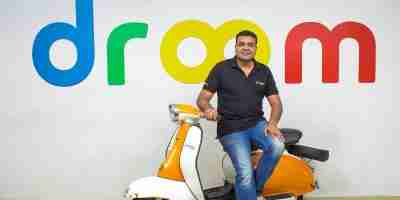 Sandeep Aggarwal is also the co-founder of shopclues.com which is one the biggest e-commerce website in India. Sandeep is also working as CEO of Droom and he is responsible for the big expansion of the company in so little time.

In June 2014 Droom got incorporated in Singapore and raised the first and second round of capital. Then on 21st November 2014, Droom launched its mobile application for Android users. 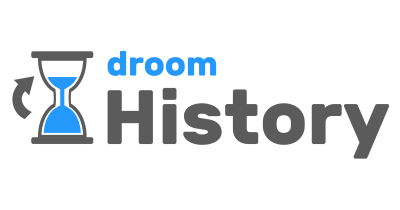 On 7th January 2015, Droom sold its first vehicle and soon after that launched its website and mobile application for iPhone users. Since May 2015, Droom has crossed 1 thousand orders and raised its third round of capital. In August 2015 the company launched Aerial vehicle category which was the first time anybody has launched aerial category in online business. Droom has also reached 1 million App download and on-boarded 20 thousand sellers in the same year.

In next one Droom crossed two million app downloads and 3 million monthly traffic. In March 2016 Droom launched mobile applications ECO and OBV(Orange book value) for independent and unbiased vehicle inspections and to provide the correct valuation of a second-hand vehicle.

Droom platform has four marketplace formats i.e. B2C, C2C, C2B, and B2B. You can book a new car from Droom mobile application and website in your respective city and buy or sell the used vehicle. Droom charges 1.5% of the price on a successful sale of a car, 2% of the sale price of a two-wheeler and 12% on providing various automobile services like insurance, warranty etc. 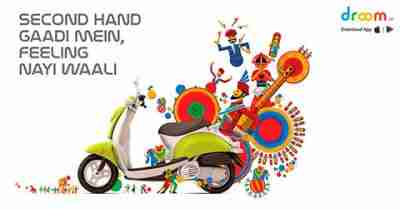 This year Droom kept a budget of 225 crores to promote their new ecosystem tool include the pricing tool Orange Book Value, the inspection tool Droom Eco, vehicle history report Droom History and Droom Credit for loans and financing and the company’s marketing efforts will focus solely on these new services this year. This year Droom increased their marketing budget by 2.25 times as compared to last year. Droom spends heavily on Tv commercials, display advertising and also runs social campaigns like road safety and wear helmet.

Droom’s biggest competitor in Indian market is cardekho.com which provides similar kind of services. Cardekho partnered with more than 4000 car dealers across the nation whereas Droom offers a wide range of automobile services such as warranty, RSA, insurance, and auto loan which makes it different from Cardekho and able it to make their own market. Another close competitor is Cartrade.com.