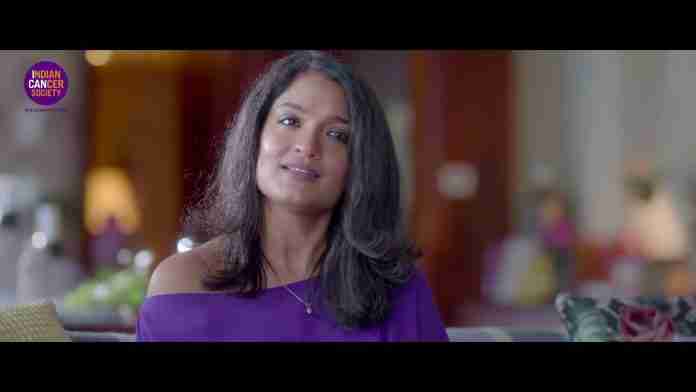 Conceptualized by Sideways Consulting, Indian Cancer Society (ICS) has launched a multi-media campaign to educate people about cancer awareness and early detection of cancer. The films were produced by Aexor Entertainment.

Titled ‘Raho Cancer se do kadam aagey‘ (Stay two steps ahead of cancer) films are meant to spread awareness that prevention is the best way to cancer cure. The one minute video is dubbed in 8 languages and will be screened in 0ver 4000 cinemas across India.

Speaking about the film, Mr. Naveen Kshatriya, Managing Trustee, Indian Cancer Society said, “With the incidence of cancer being on the rise, it is important to raise cancer literacy and knowledge among the population. Every year an additional 12 lakh new cancer cases are added. Far too often, people miss the opportunity for potentially life-saving treatments because they fear going to the doctor, ignore the early signs of cancer, or avoid getting an annual test. However, barriers to achieving higher rates of early cancer detection need to be addressed now at the individual, health system, and governmental level to significantly reduce the personal and financial burden of cancer in India” The two films are the first in a series of films being produced after an extensive research to understand the gaps in awareness of cancer and will be pivoted on cancer awareness, encompass various sub-topics such as the 4 simple signs of cancer, advantages of early detection of cancer, cancer aid and schemes, finances and insurance available and how to mainstream a cancer survivor to ensure better quality of life.