Creating social buzz with the help of campaigns is quite popular way to engage more and more people towards any brand. Well the same method is adopted by Cadbury Dairy Milk. This brand have introduced a campaign named “#MyFavDairyMilk” in order to create a buzz regarding the four flavors of Cadbury. This campaign was started somewhere near the Lok Sabha elections. 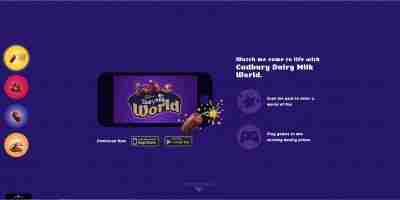 The brand also uses the same criteria of election which is voting. The brand had invited Cadbury fans to vote for their favorite flavors via this campaign. There was a dedicated campaigning for each of the flavors of Cadbury and the contest on twitter was also for each of the flavor served by Cadbury. Apart from this a mobile app was also developed in order to make their campaign more approachable and to attract more and more people.

This was the very first time when a chocolate brand had utilized social media platforms to promote their brand. They have made every possible effort to make their campaign a successful one. Whether it is making a website using funny animated commercials or mobile apps, Cadbury had left no stone unturned. This all was done to engage more and more customers to vote for their favorite flavor with a lot of fun.

The brand had wisely used the election fever and more than expected people have participated in this campaign. Well the flavor which got the highest votes was fruits and nuts and personally speaking it is my favorite too. Cadbury have used social media platforms to create communities for the new flavors and have also planned to give hampers for the same.

All the details about the campaign were displayed on the respective website. Television commercials were also used parallel to introduce new flavors among people, which in turn also help in creating social buzz.
Talking about the social networking sites then, the brand had used Facebook, Twitter and YouTube channels to promote their campaign. The new flavors were launched on the social media sites one by one along with the television commercials and an appealing cover picture. Hampers were also announced for the fans for sharing their new innovative ideas and what is the new thing they would do under #RevealTheNew. It was just a shear method to encourage more and more fans to watch their advertisement videos to asking the questions. The fan with the best answer was awarded. Questions like why almonds catch fire or what the first crackle said have to be answered by the fans. The Cadbury ads have gained large number of views just because of the innovative and creative ideas they have used.

The fans were also made to complete sentences by replacing their DP with their favorite chocolate flavor. When the website got enough audience engagement, the website was then introduced for the elections of chocolates.

Cadbury hosted a number of contests on their Twitter page related to each of the flavors offered by them. A new flavor was introduced to the page everyday and fans have to change their DP with the image of the given flavor in order to become eligible for the contest. #MyFavDairyMilk was a fun filled campaign and the winners were rewarded with chocolate hampers.

The brand’s website allows fans to play fun games specially designed for every flavor. The games were also available on play store and fans can get the android games from the Google play. The most interesting feature was that the applications also show magic tricks if fans will scan the pack using the application.

The application demands your Facebook login and offer four games associated with each of the flavors. For milk chocolate flavor it is ‘drop Catch’, for roast almond it was ‘Beat the Heat’, ‘Crackly chain’ was there for crackle and for the fruit&Nut flavor ‘the perfect pair’ was there. Fans were allowed to play the game a number of times and they can also share their score on their Facebook. The idea of rewarding the winners with chocolate hampers is a great catch for chocolate lovers. The campaign had no doubt increased Cadbury sales and also increased the fan following and reach of Cadbury. So far it was the most successful campaign being run by a brand.