Facebook rolled out its “Year in Review” app earlier this month, which is algorithmically customized for each user. It posts a kind of collage of photos from past year, as the biggest moments of 2014 on each of the user’s wall. 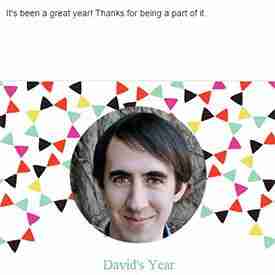 It starts up with the message “It’s been a great year! Thanks for being a part of It.” and highlights some of the biggest moments of 2014. This is a great initiative, as it aims to give the Facebook users a recall of the memories from the year 2014, and it has been welcomed warmly by many people from across the globe. However, it is not the same for everyone. Apart from the positive reviews about this app, there have been several digs and negative reviews as well. Hence, the overall reviews should be considered to be mixed.

We all know that, not for everyone was this year a great one. Frankly speaking, a year of 365 days is a really long time, so much so that, it ought to have a mix of happy and sad moments. A computer program and a set of algorithms cannot distinguish between happy and sad events of life. So, the tagline “It’s been a great year!” did not go well with some of the Facebook users and eventually ended up annoying a few of them.

Although, the intentions of Facebook and Jonathan Gheller, the product manager for Facebook’s “Year in Review” app were to give the Facebook users a personalized picture memoir, but they would not have expected it to end up as an annoying and emotionally disturbing experience for some people, whose 2014 was not as great as other’s. For them viewing their “Year in Review” dug up painful memories, like death of dear ones, breakups, divorces and many of such painful experiences.

Eric Meyer, who is a web design consultant, lost his 6 year old daughter to brain cancer this year was not very happy after having a look at his “Year in Review” as it happened to be a painful experience for him. He wrote a blog about this with a heading “Inadvertent Algorithmic Cruelty”, and Jonathan Gheller after reading the blog reached out to Eric Meyer and apologized for the pain caused to Meyer by the “Year in Review” app.

Eric Meyer also pointed on some flaws of the application and some suggestions in his other blog, “Well, That Escalated Quickly”. To which Jonathan Ghellar responded by saying “The team behind the app is considering ways to improve it for next time, and will take Meyer’s concern into account.” However, he did not comment on whether they are going to follow Meyer’s suggestions about improving the app.